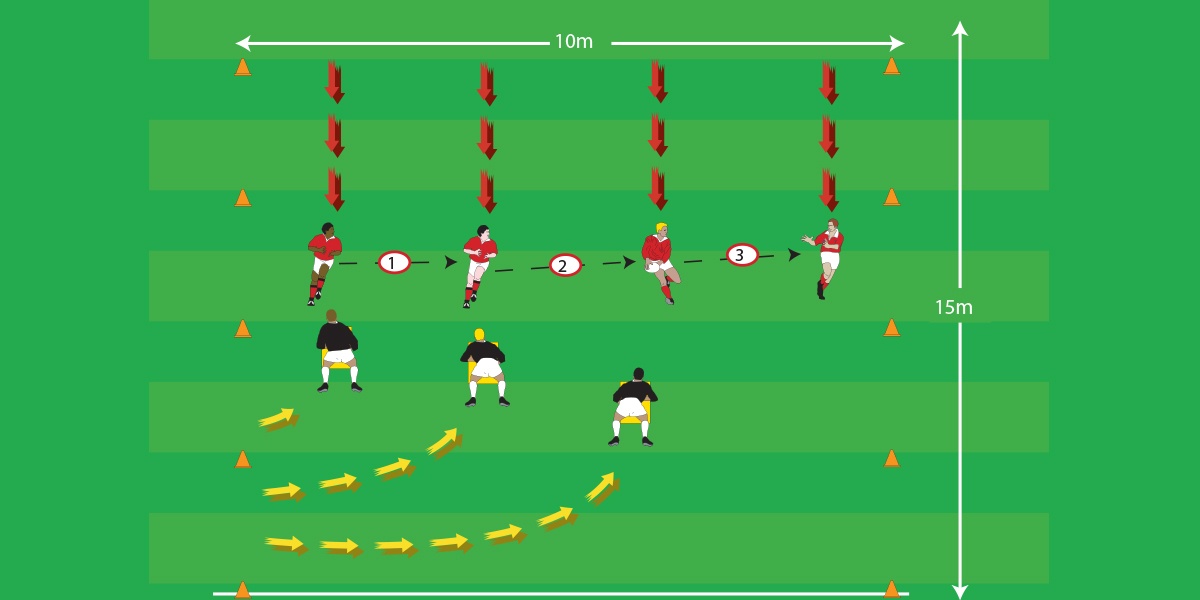 Seven in each group.

Players set up as shown in the diagram. Four attackers vs three defenders..