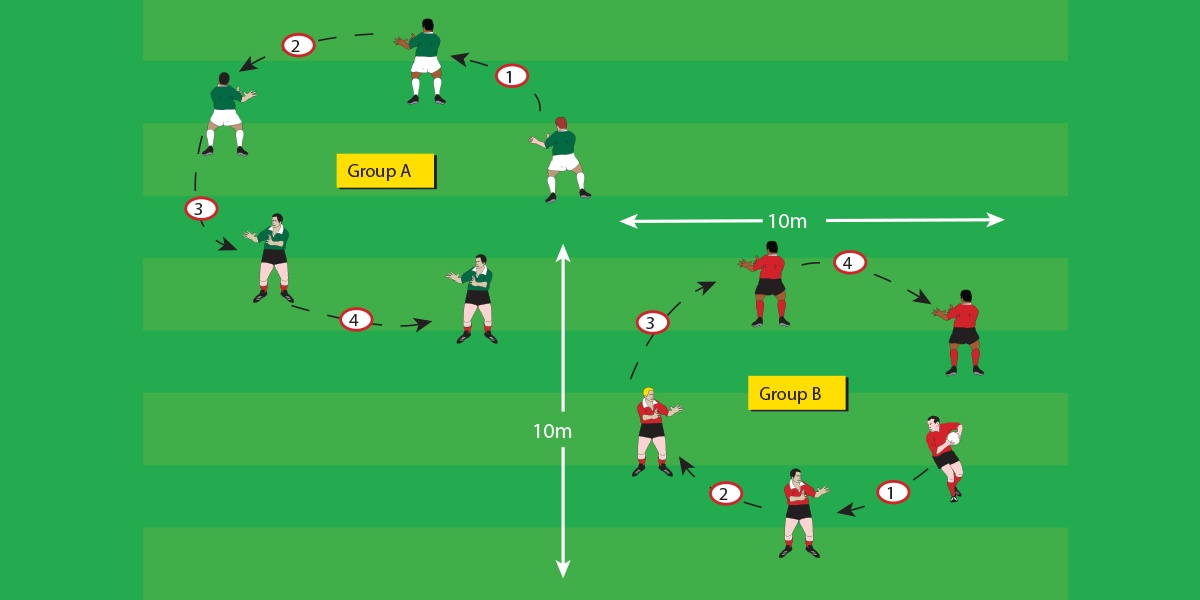 Players should stand in a circle. One circle competed against another, with all players facing outwards.

• Players should:
- Have their hands out to receive passes.
- Turn their shoulders to pass and receive.
- Pass with loose shoulders and arms.
- Bend their elbows to pass, as straight arms will pull the ball behind the receiver.
- Pass the ball in front of the receiver.