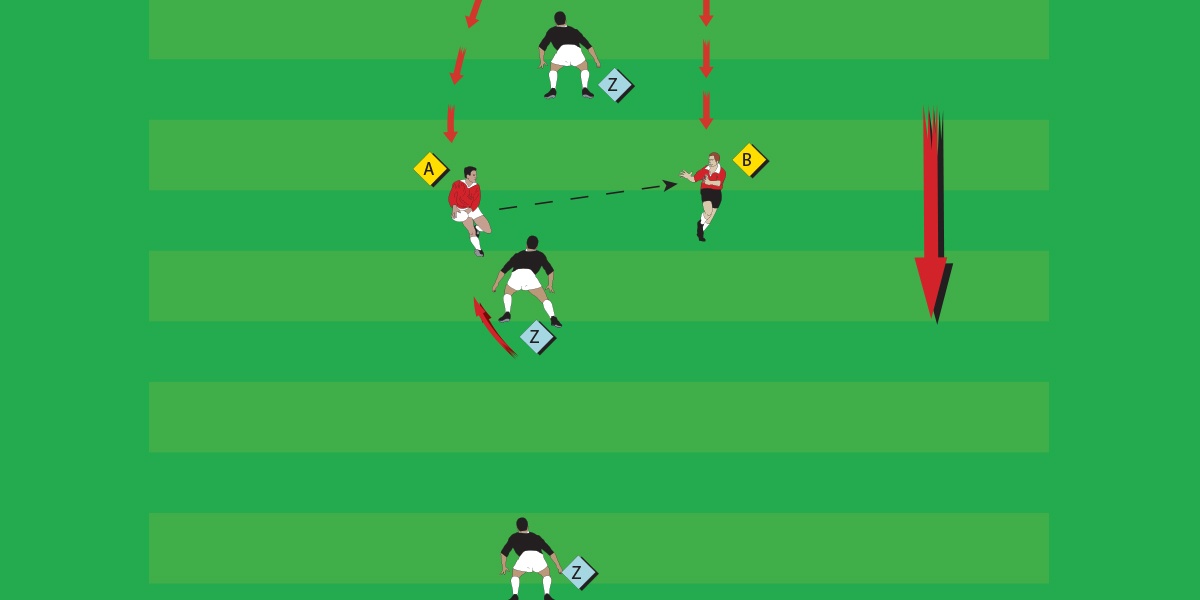 To practise passing in space.

When technique improves allow the defender to move towards A or B.