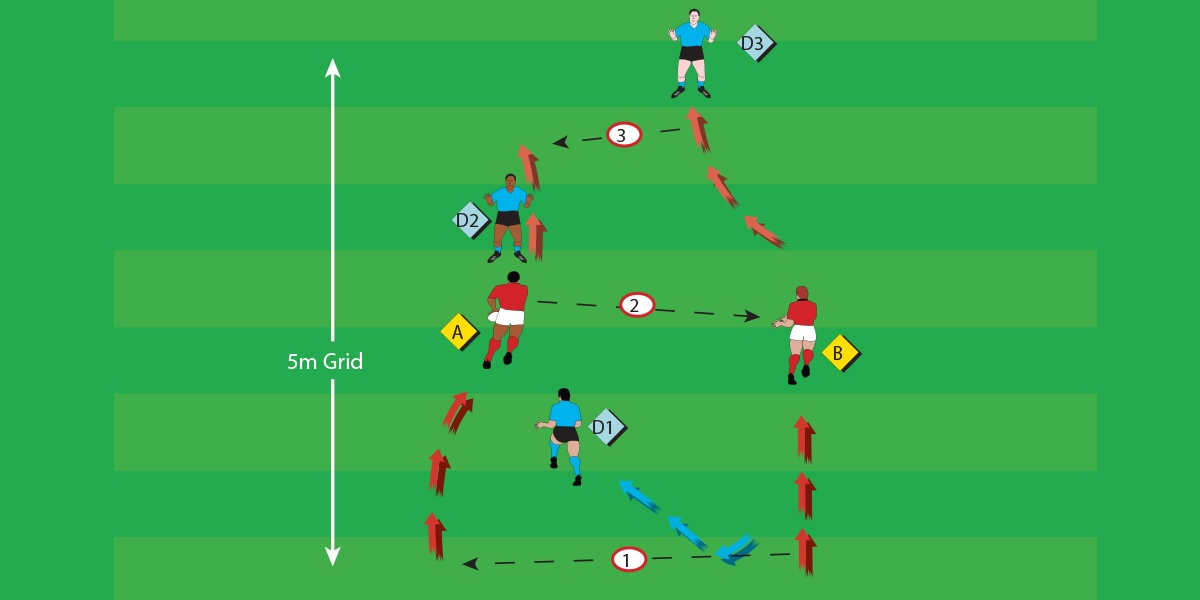 OBJECTIVE: Develop good technique and accuracy of the pass under pressure

EQUIPMENT: 10 cones / one ball per pair

GROUP SIZE: Nine in each group