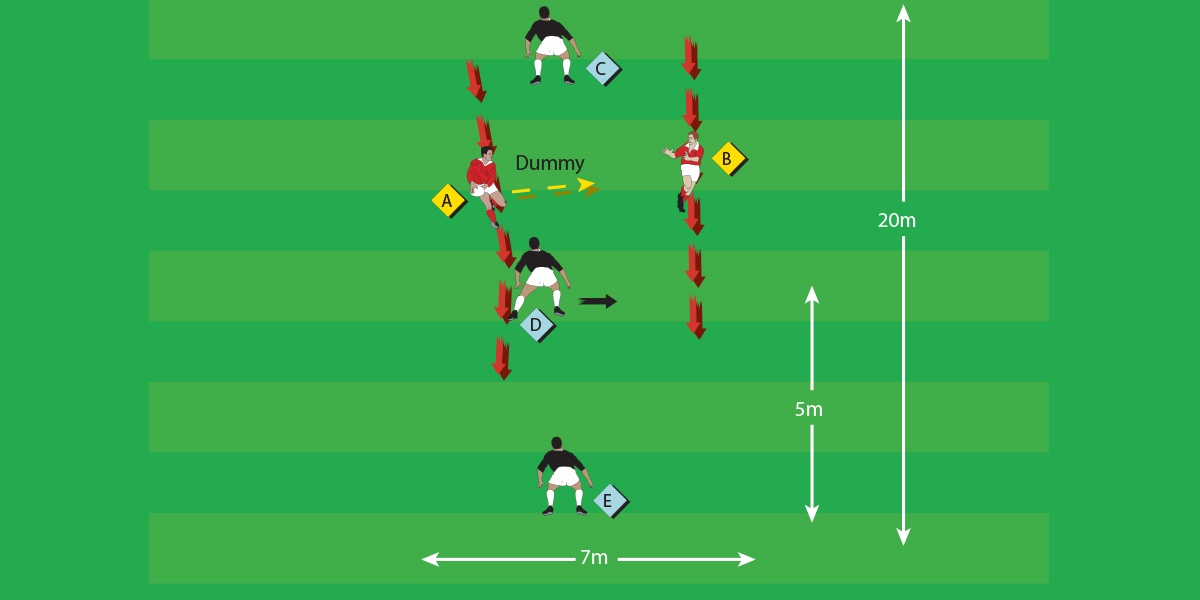 Practise the draw and pass or dummy.

One ball per two attackers.