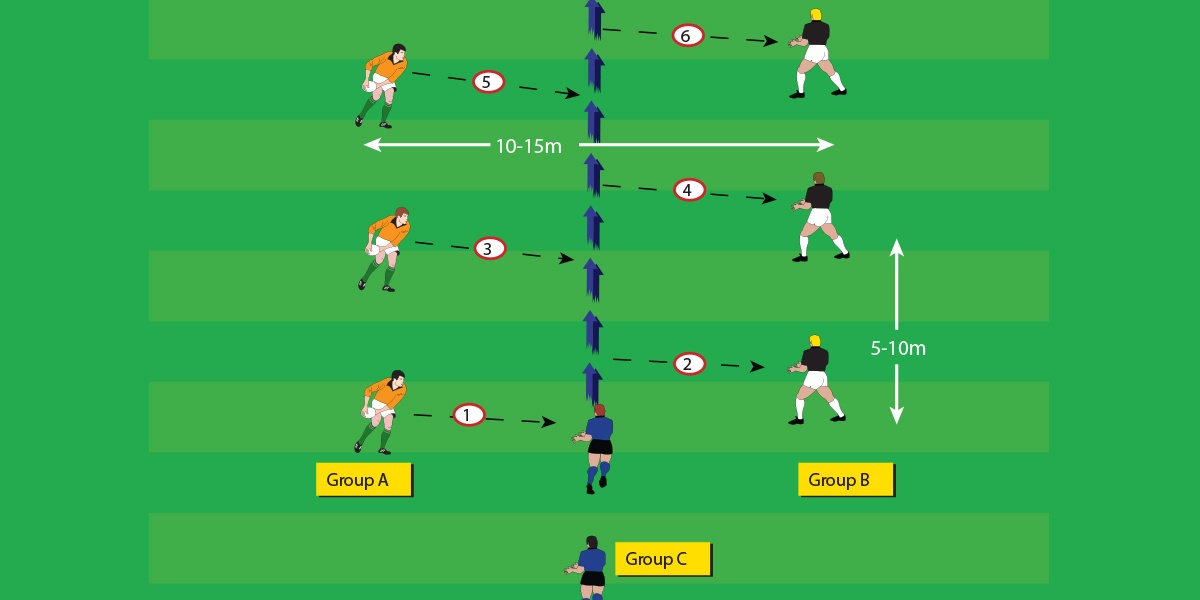 Develop good technique and accuracy of the pass.

Up to six balls.

Three players for each ball.

Place players into three groups. Groups A and B line up facing each other and Group C lines up as shown in the diagram.

• The passer and receiver must communicate.
• Pass the ball in front of the receiver.
•. Receiver run straight.
• Demand accuracy from the passer.