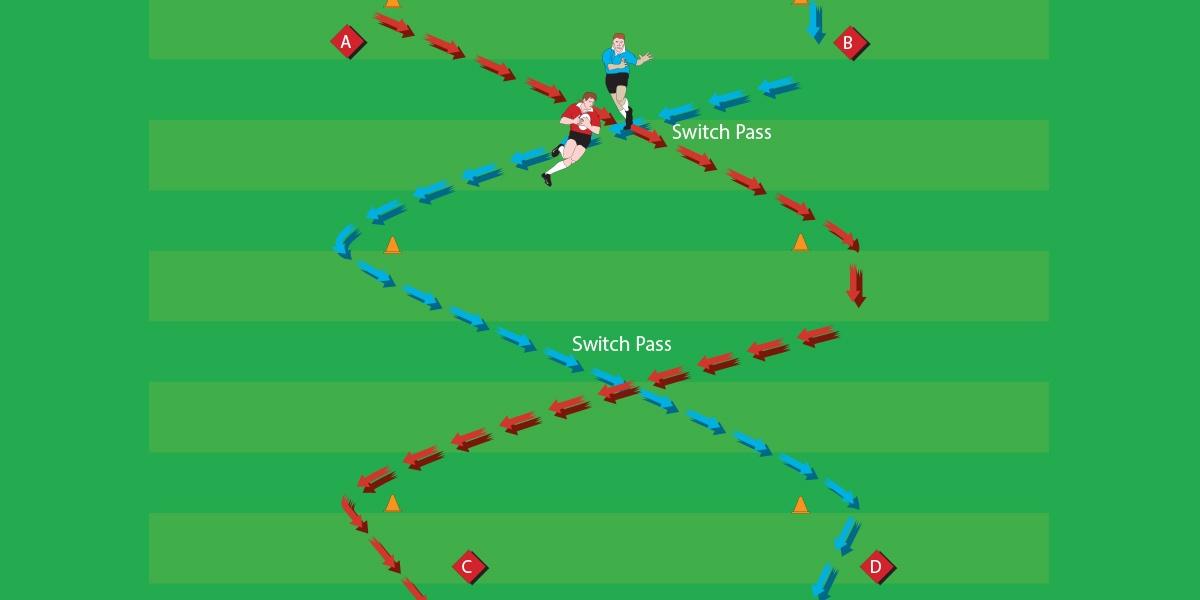 One ball, six cones per group.

Players line up in four equal groups behind cones, which are set up in two lines.

• The ball carrier should call when the switch should take place.
• The support player should stay on a straight line until switch is called, otherwise the pass becomes difficult to time and the defence will not be deceived.
• The pass should be made slightly before the two players cross, with the passer turning the shoulders towards the support player and popping the pass off the fingers into the space in front of where the support player is running.