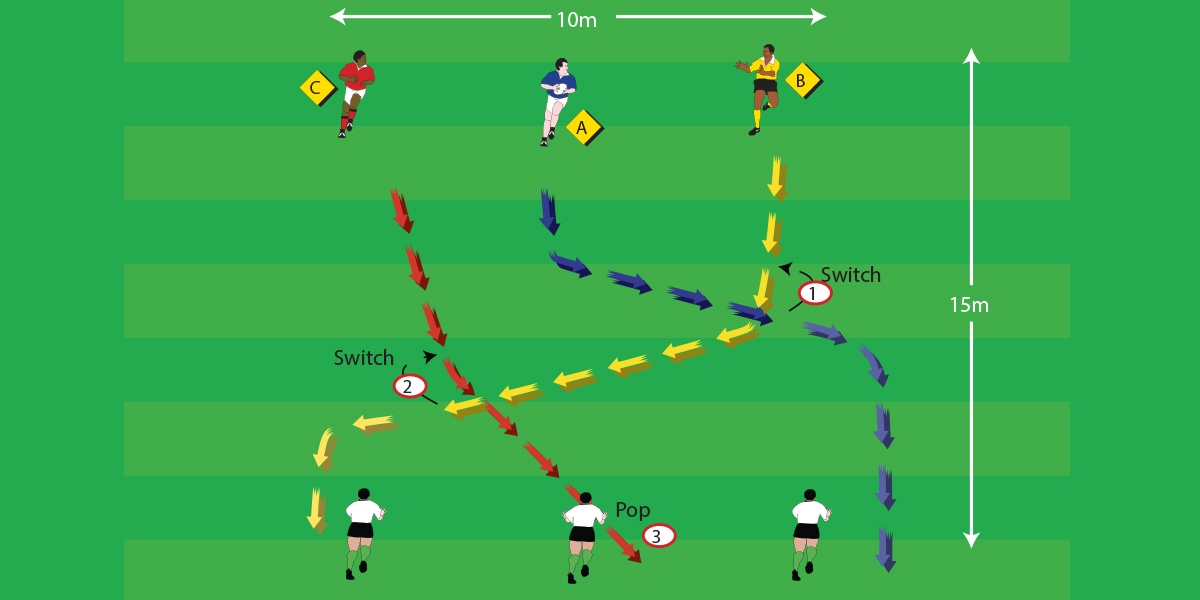 To practise communication and switching.

• Players must react to the ball carrier’s change of angle.
• Encourage communication.
• Ball carried in two hands.
• Receiver’s hands should be up in a target.

Players can switch or dummy switch.