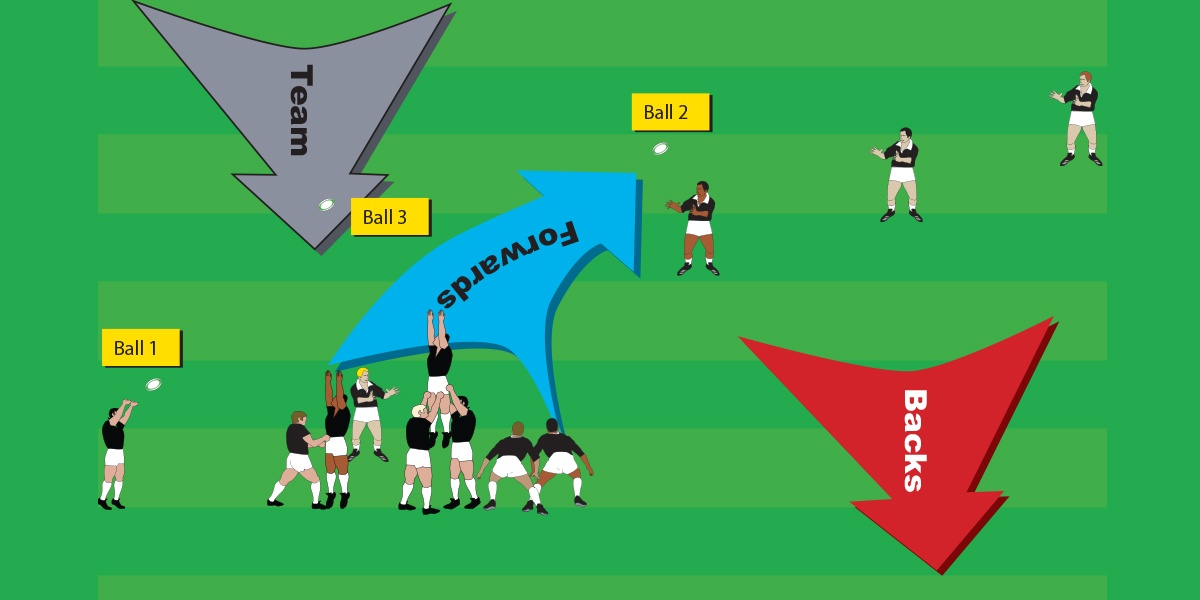 Cohesion of pre-planned moves among units/teams.

One ball for each group of players.

Team set out as in a game from scrum, lineout or kickoff.

• Ensure all members of each unit (forwards/backs) are aware of pre-planned moves for the section of field they are operating in.
• Encourage feedback from players towards success of drills.
• Use reserves as opposition.

Move to different parts of the field with the team practising what is tactically appropriate at that position.