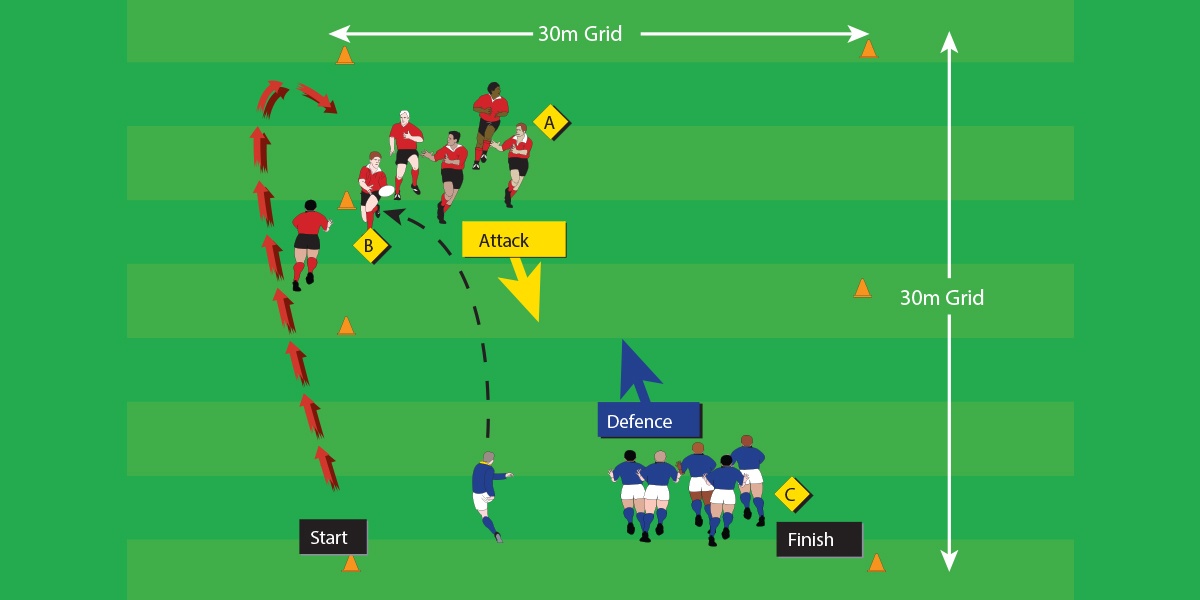 Use the counterattack options from a kicked ball.

A team divided into groups of five or six players.

• The urgency of the support players to the ball carrier is vital.
• Attackers must have depth on the ball.
• Communication and selecting the correct options is a key to the attack.