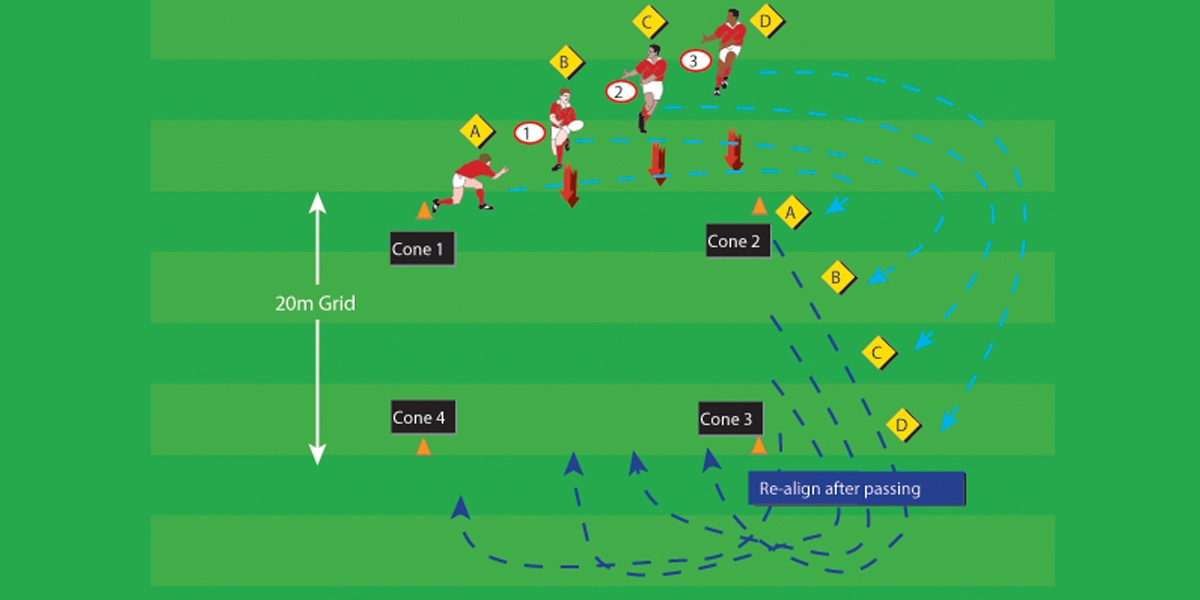 SD Tennage Drills Around The Cones

Up to six players in each group.

Set-up the cones and ball with up to six players lining out from Cone 1 as shown in the diagram.

• The backline formation is dependent on the handling ability and running speed of the players and also the phase of play.
• Players should run straight to commit the opposition. This creates space.
• Players should be:
a. deep enough to pass the ball through the hands to space.
b. close enough to opposition to keep defence committed.
c. able to maintain appropriate depth throughout the movement.