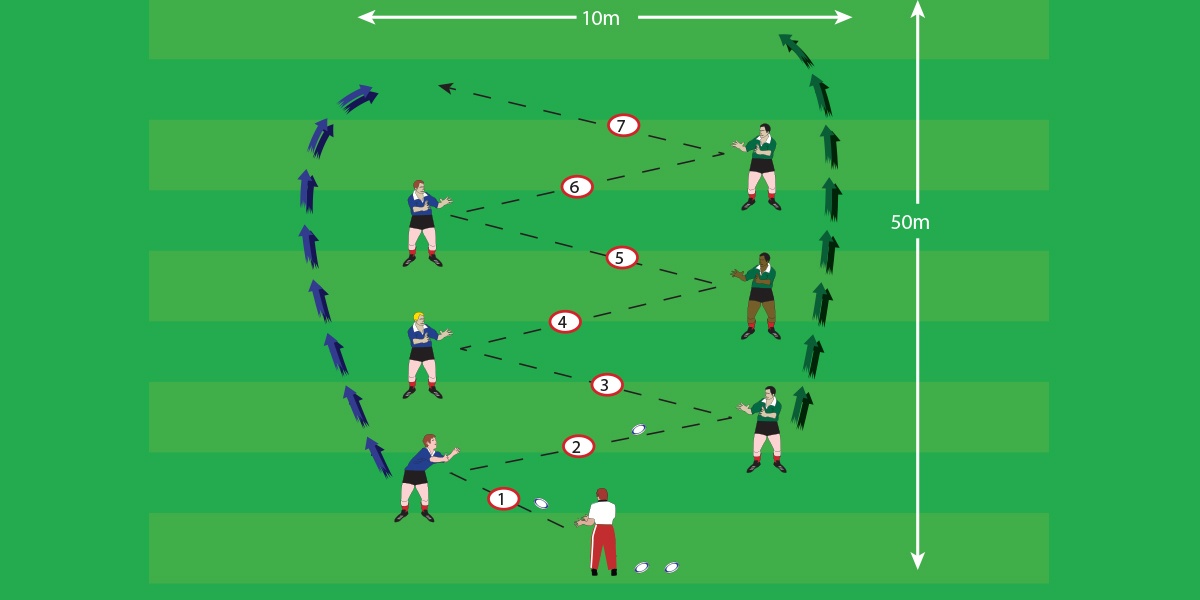 As many balls as the group’s skills will allow. Up to one for every two players.

Two lines facing each other. Each line should be 3-5 meters apart and each player should be one meter from the player beside them.

The players run down the centre line between the two groups. The players must be careful not to hit the running players.