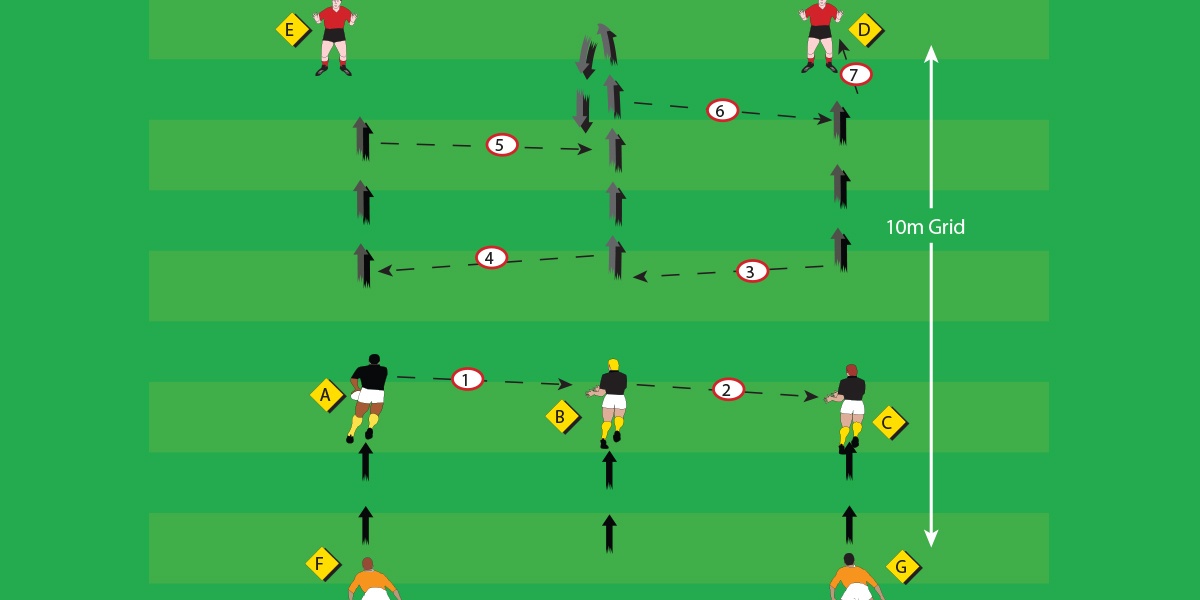 Develop good technique and accuracy of the pass under pressure.

One ball for every nine players.

Nine players in each group.

As shown in the diagram.

• The passer and receiver must communicate.
• Pass the ball in front of the receiver.
• Receiver run straight.
• Demand accuracy from the passer.