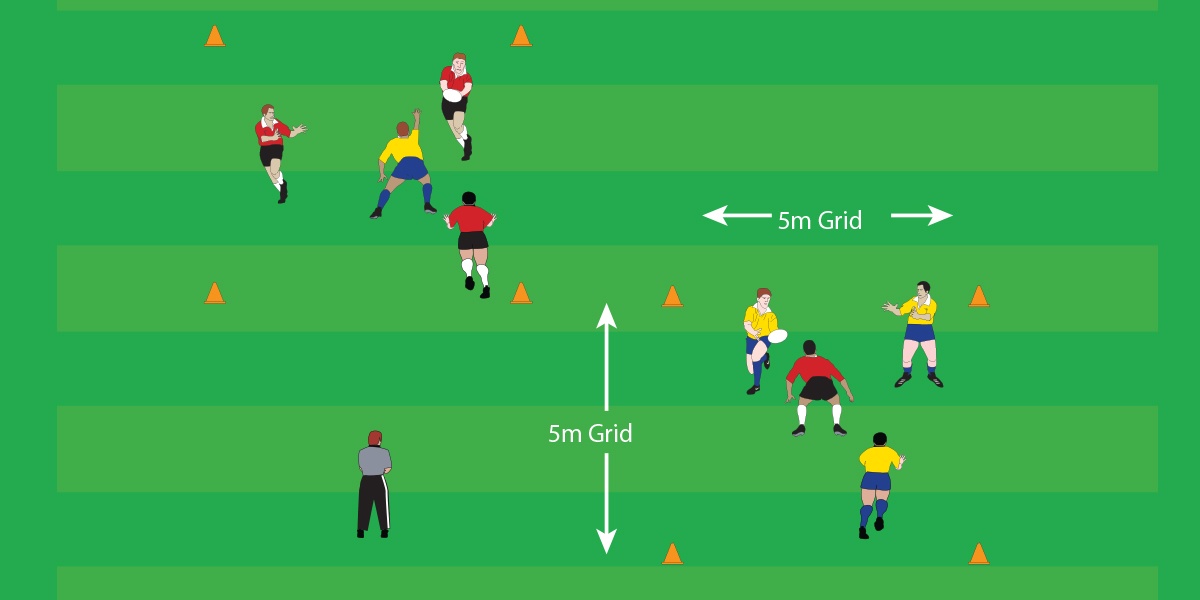 • Accurate and correct passing techniques.
• Communication between players.
• Accuracy under pressure is the key to the drill.
• Attacking players not in possession of the ball must run into space.
• Passes should be aimed at the space into which the runner is running.