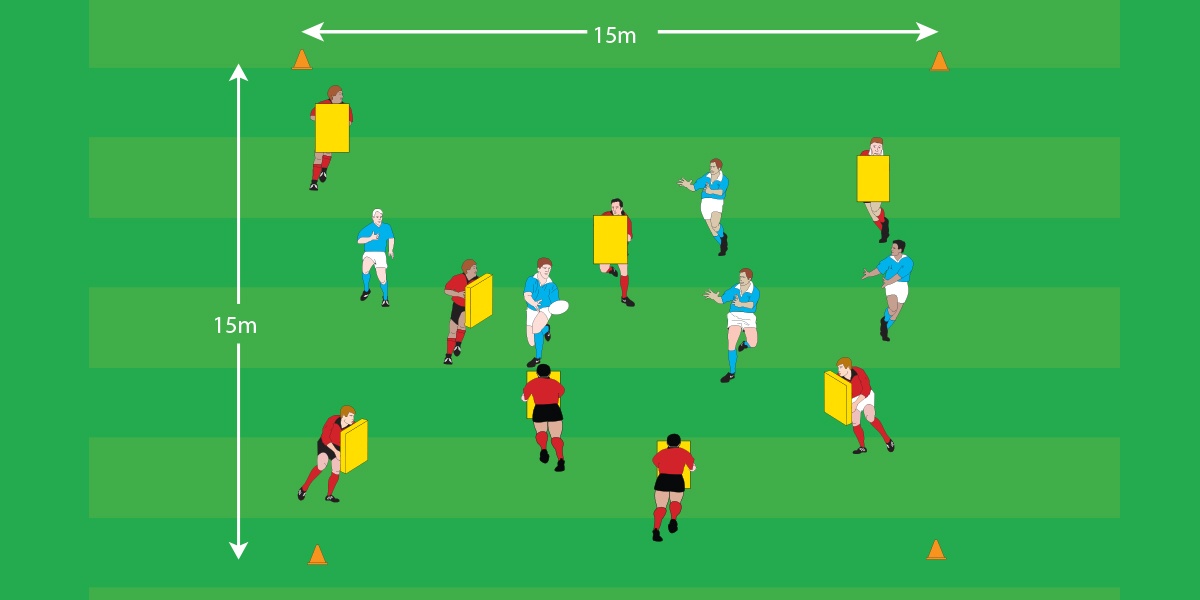 The group is divided into two teams. The players in one team all have tackle shields, the players in the second team are in possession of the ball.