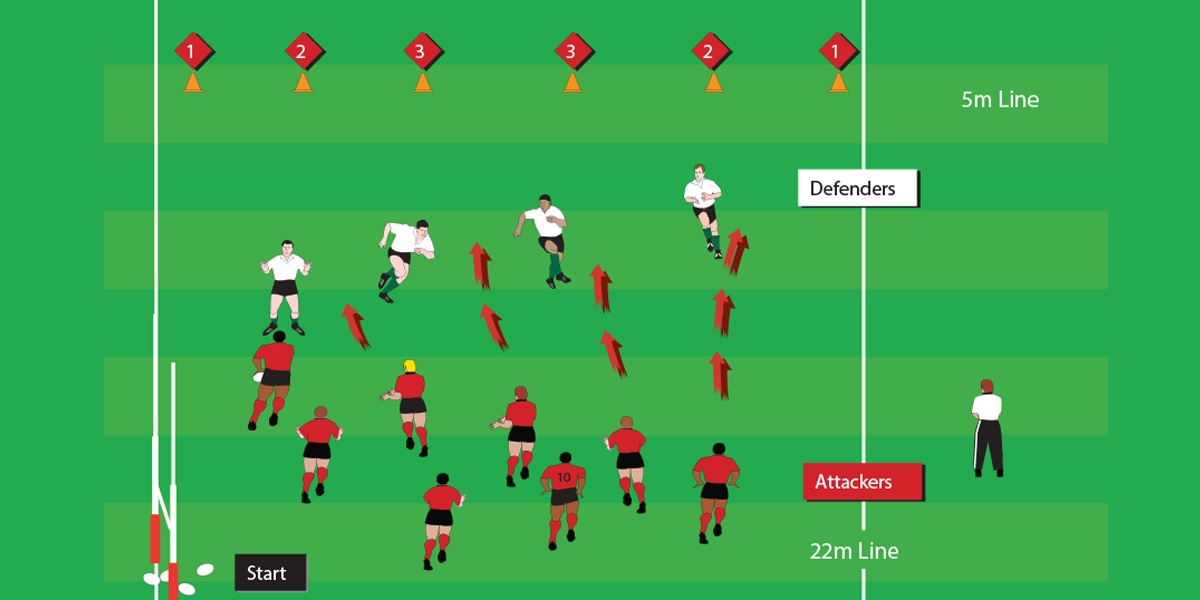 Half field - tryline to 22-meter line.

Six cones are lined up along the five meter line and the balls are placed in a pile under the goalposts. Players split into four defenders and eight attackers.