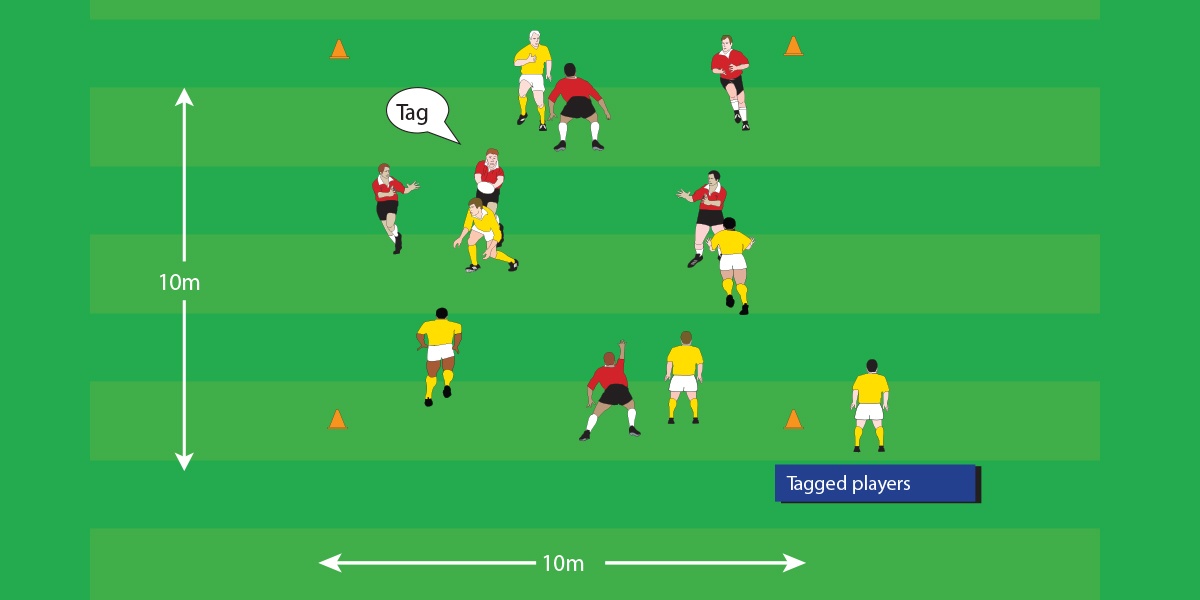 Both teams stand inside the grid marked out by cones.

The team being tagged can try and intercept the ball to regain possession.