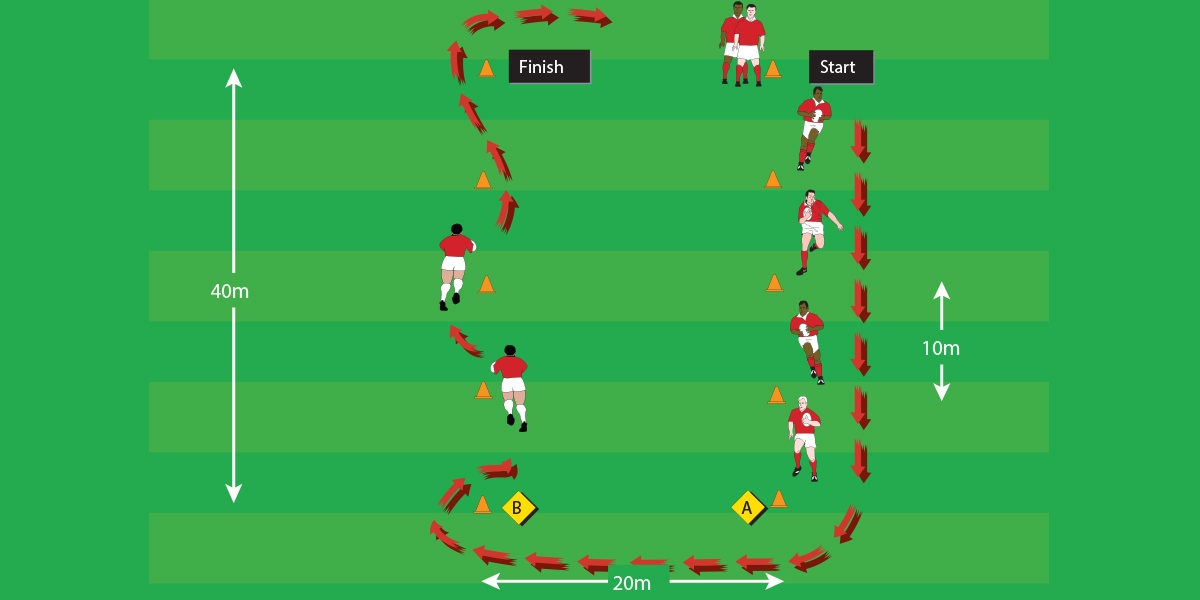 One ball, four cones per group

Player groups line up facing the cones which are set out in a line 10 metres apart in front of the groups.

• The player should always “feint” and then “swing away” when executing the swerve.