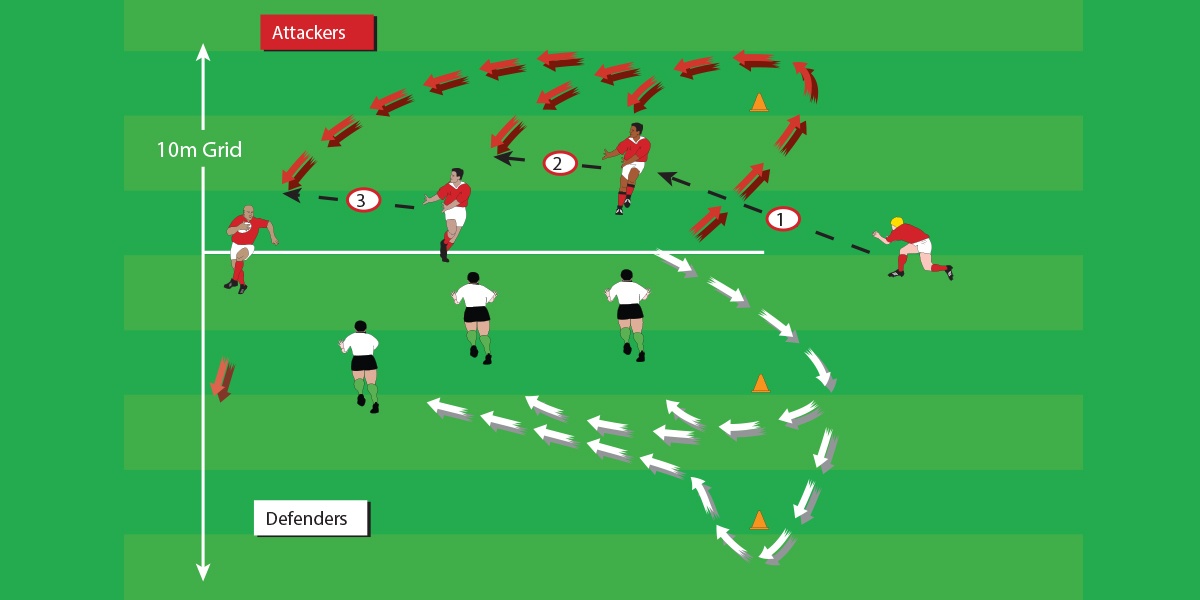 • First receiver should try and hold the defence initially so there isn’t an immediate drift.
• Attacking team should use all passing and running skills to score.
• Defenders need to communicate throughout the drill.
• Back defender must look for space created.