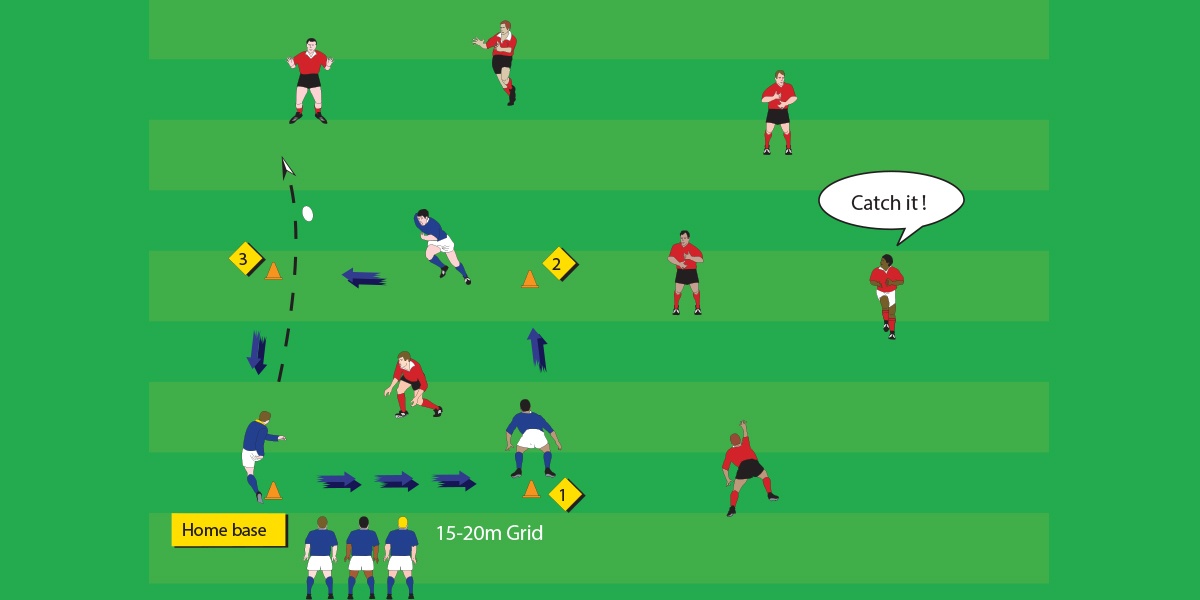 To practise kicking and catching skills

One team is the "batting" team whilst the other spreads out around the field. The cones are arranged into a grid formation 15-20 metres apart to act as bases.

• Encourage a variety of kicking methods i.e. punts, grubbers to be used by players.
• Players in the field should position themselves where they can be involved in a passing movement back to top base.
• High balls should be called for by the fielding team.