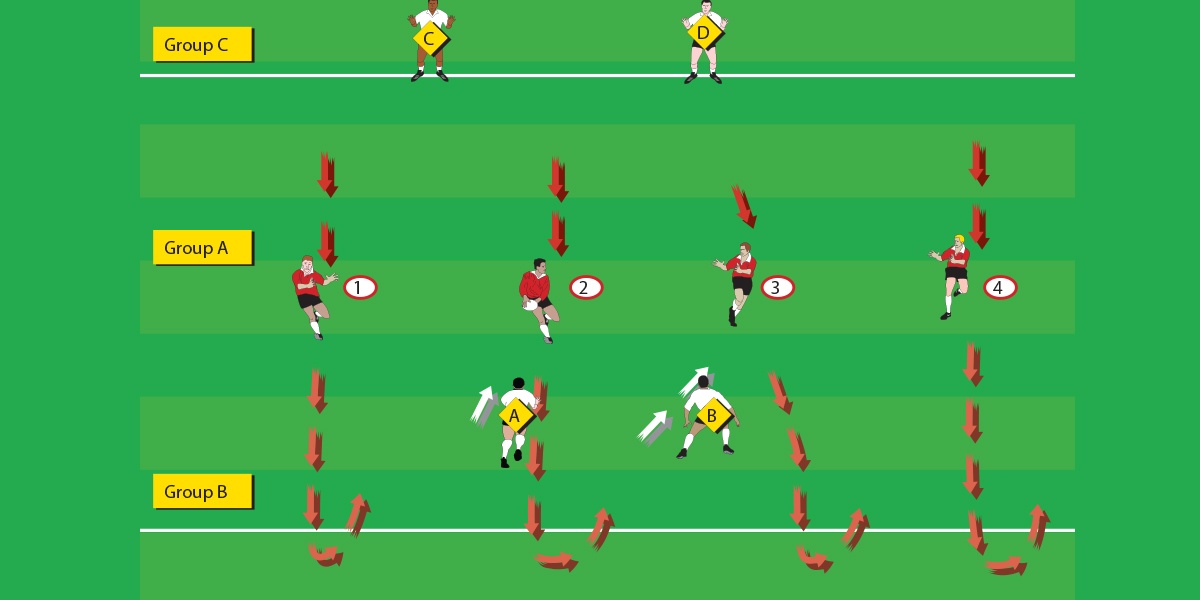 One ball for each group, 10 cones.

Eight players in each group.