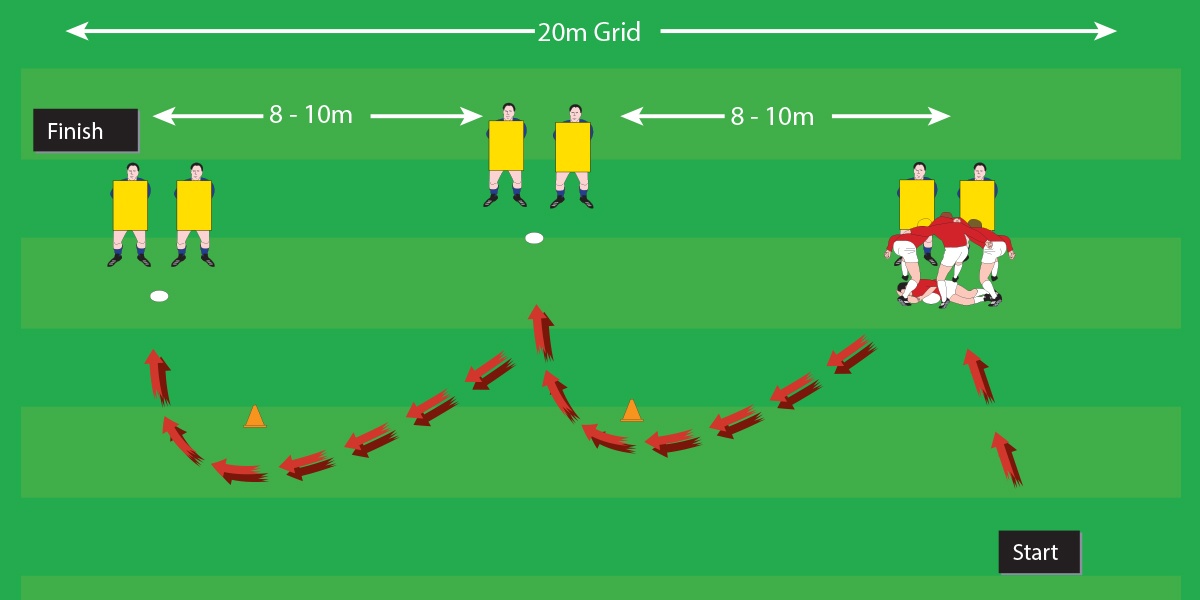 To secure loose ball and clear out defenders.

• Body position is important for the players cleaning out (low, with good leg drive, head up).
• Driving players should go beyond the ball - not to the ball.