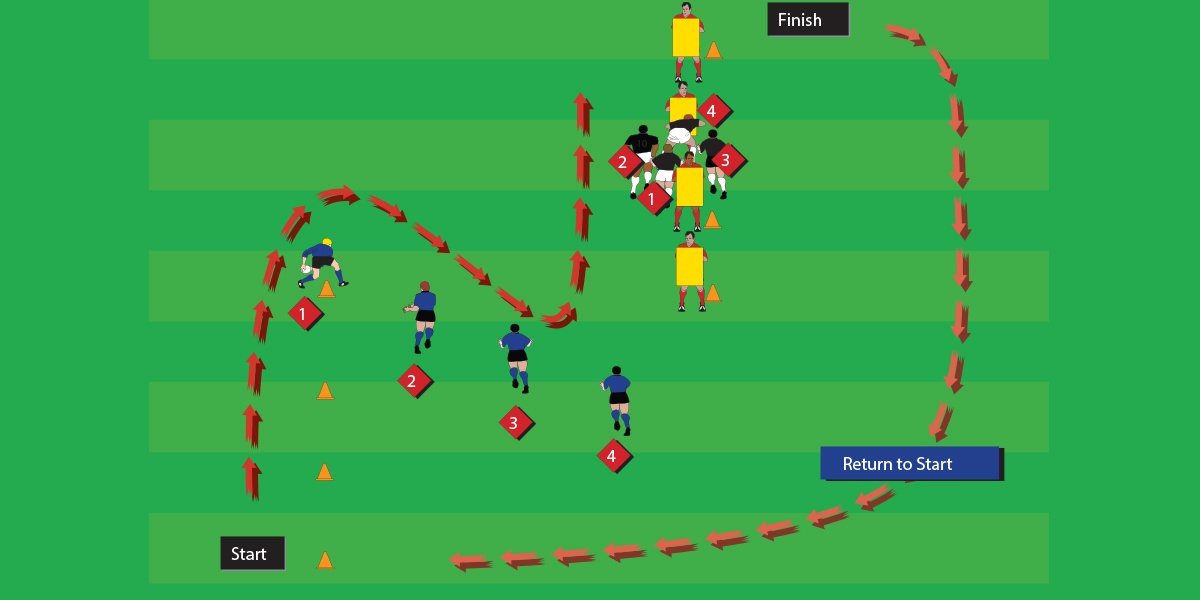 To practise continuity in movement.

Teams of four line up in a straight line with four players holding the hit shields.

• Use proper technique when placing and picking up the ball.
• Communication.
• Focus on correct alignment and lines of running.
• Correct body position on contact with the shields.