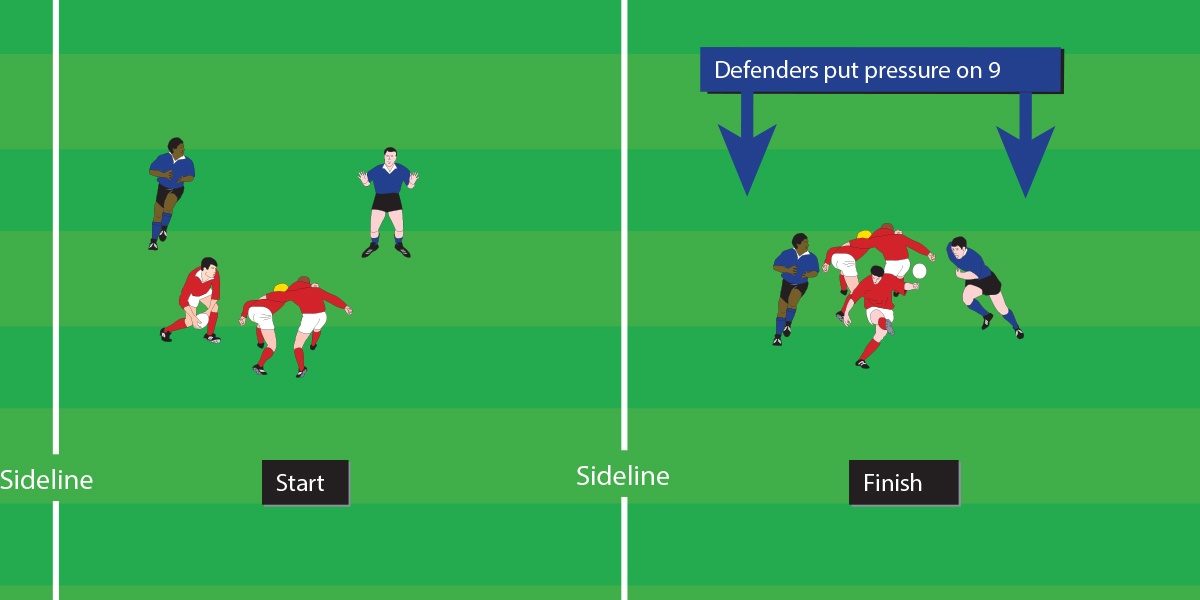 To simulate the kicks used by halfbacks from scrum and lineout situations.

Half field using one touchline.

• Different touch kicks should be attempted, both grubbers and long punts.
• When attempting touch kicks the retriever should be placed in an optimum position and the kicker should try and land the ball on the receiver.
• For the lineout kick, the halfback must first turn side-on with their back to the sideline.
• A step is then taken away from the sideline. As the kick is made the body turns front on with the kick, which has a high follow through.

Drill may be played off a full scrum or a lineout situation.