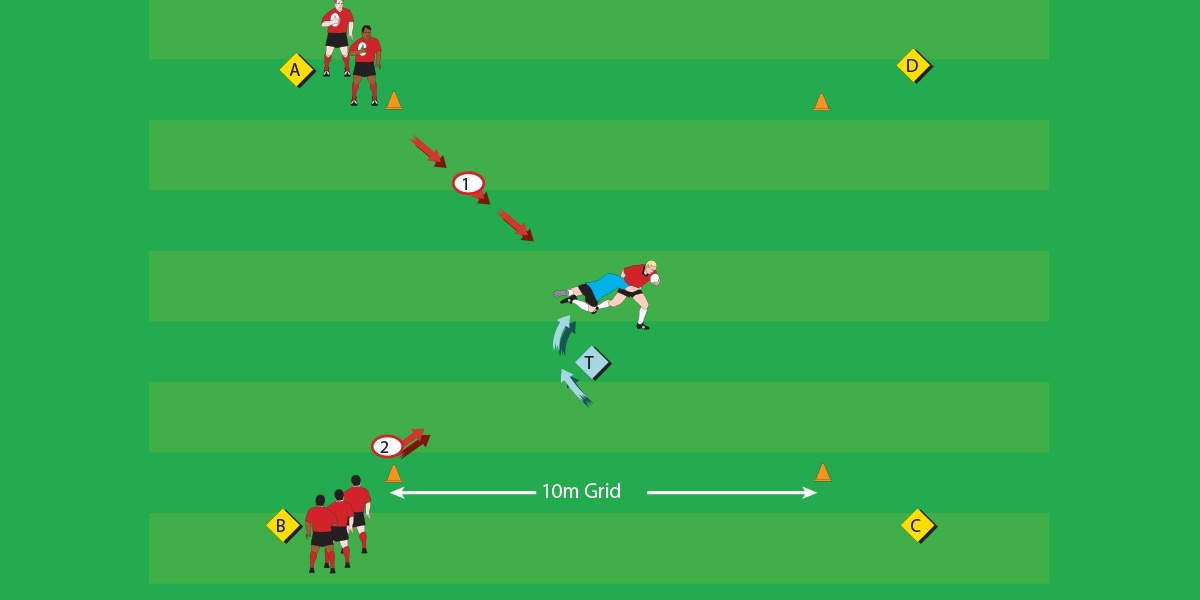 To practice tackling from a side-on approach.