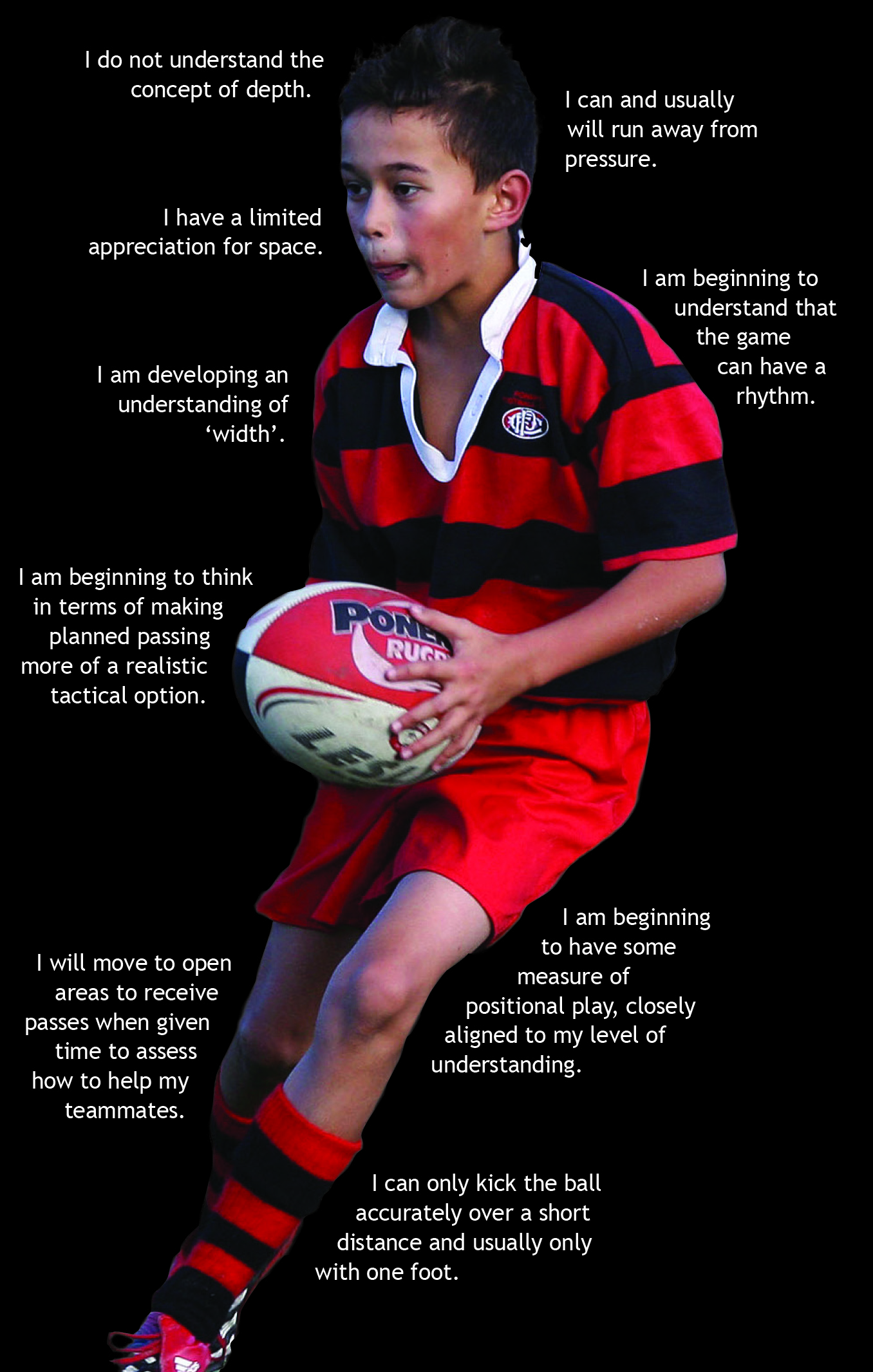 Seven, eight, nine and ten-year-olds are still very sensitive young people and still very self-centered, but their coordination, balance and agility are developing rapidly. A growing technical range allows some players to be quite complex in their individual play.

In the Learning Rugby grade, players start to identify themselves with a “team” and will be motivated to attend rugby practices and repetitive practice activities.

Improving and refining individual play through technical repetition is an important objective of this grade and small-group decision-making can be expanded.

Special guidelines are needed for these players including special rules (kicking, scrum and lineout modifications), and special equipment (size 3 balls).