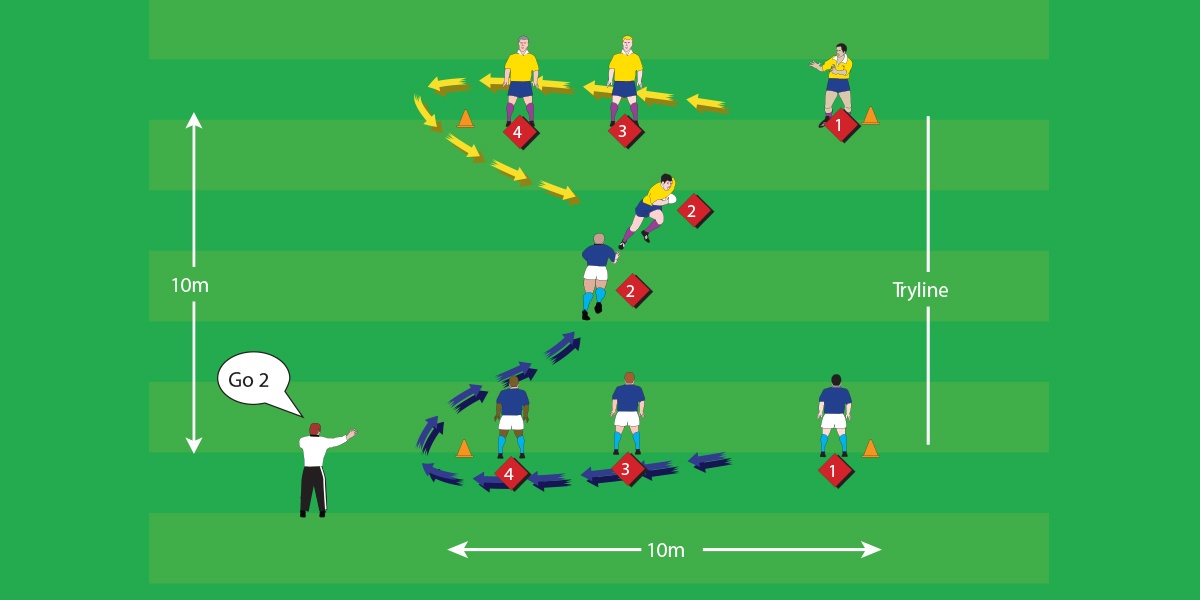 To improve handling and reactions of players

One ball, one cone

Teams are arranged in two lines 4-5 metres apart facing their opposite number.