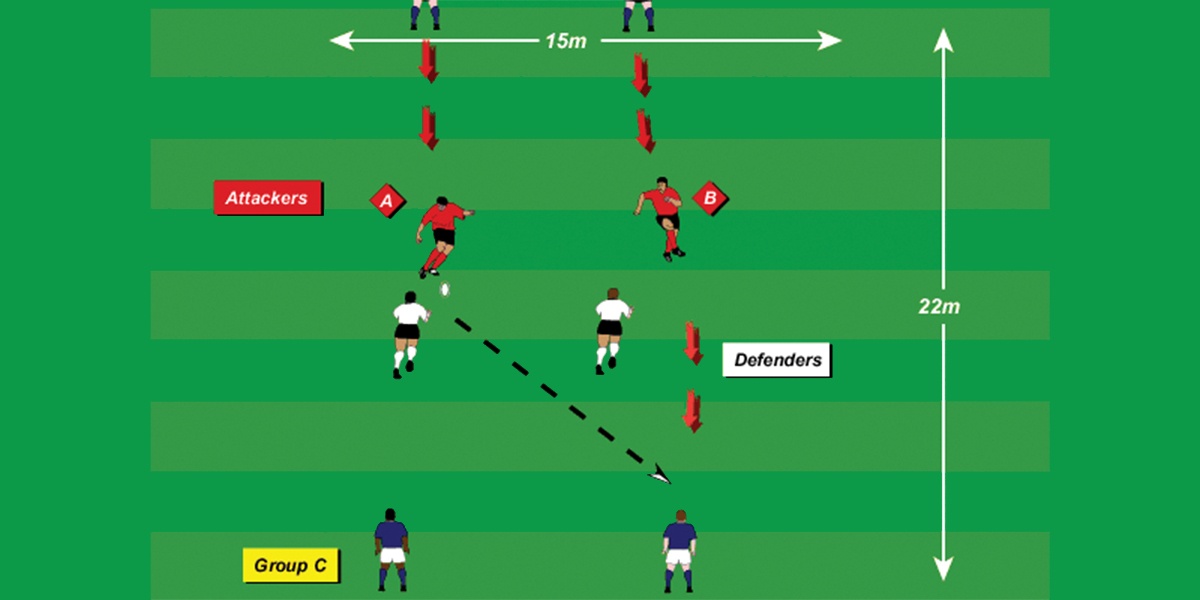 To improve a player's ability to grubber and chip kick accurately.

Players in four lines, two at each end.

Increase the number of players.