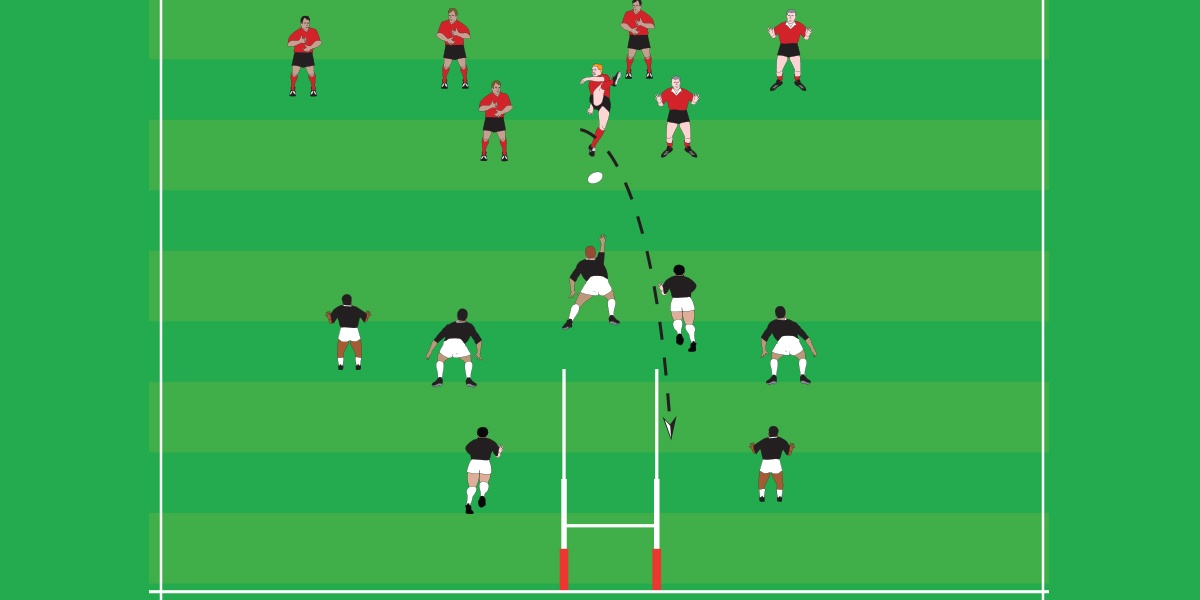 Put into practice a range of kicking skills.

Points are scored by:

• Players must kick for space.
• Reinforce kicking and catching skills.