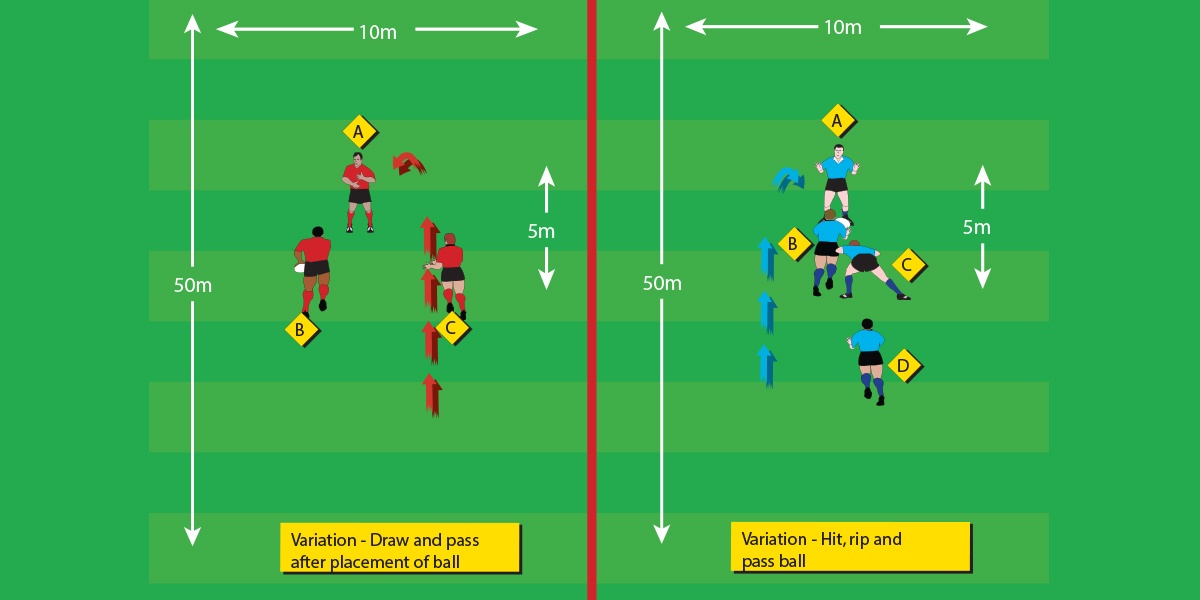 To utilise a numbers of players in contact situations to retain possession.

One ball between groups.

The following drills are all variations on the same pattern. The pattern is as follows:

Player A places the ball, runs out 10 metres and becomes the defender.   Player B picks up, runs towards A.