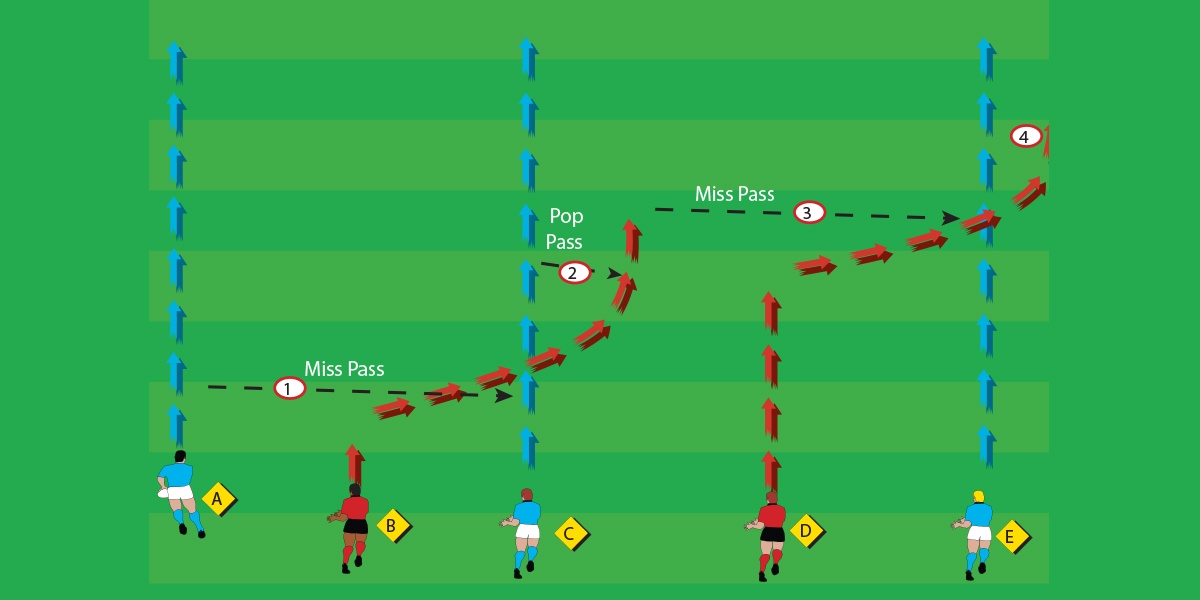 Cut-out and Double Around

To practice support running after a cut-out pass.

Players line up in a single backline, one pass length apart.