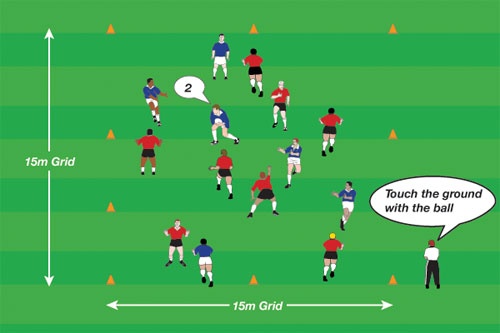 To develop communication, movement into space and ball familiarization.

Two even teams of 6–12 players

Players are divided into two equal teams and positioned inside the grid area.

• The ball carrier should look for two or three options of teammates to pass to.
• Encourage players to communicate.
• Players should use all the area.