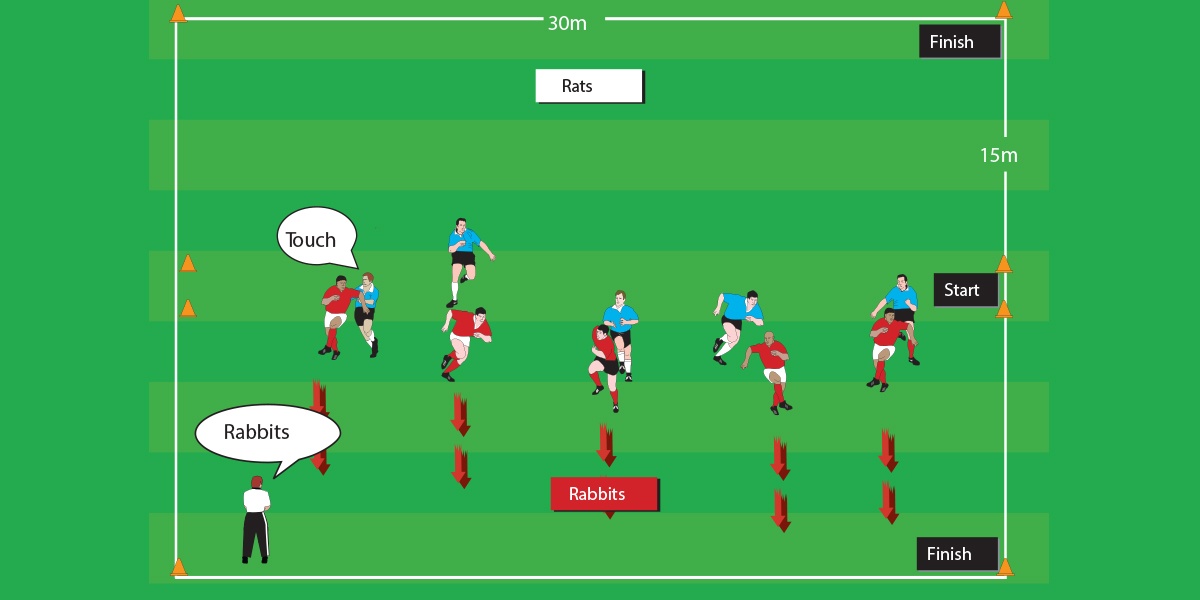 • Concentrate on getting players to listen.
• Focus on quick reaction times and speed off the mark.