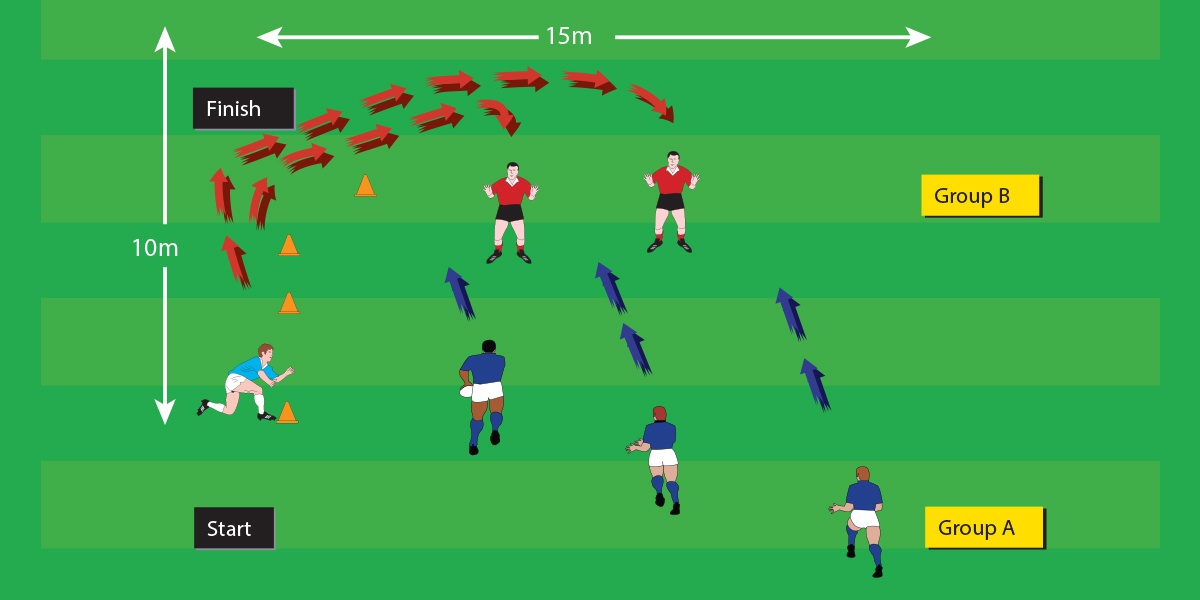 In an opposed situation, players are running the correct angles.

• Ensure attacking players are making space for their support.