Pick Up or Tackle Competition Drill 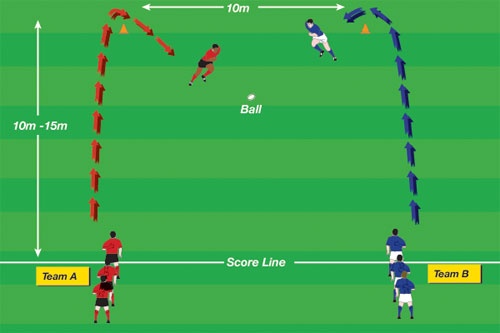 Pick Up or Tackle Competition Drill

To practise ball pick-up and chasing/tackling from behind/ in-front.

Two cones, one or more balls.

The more balls available the greater the number of players who can be involved.

Two lines of players form, each line facing a cone which is positioned 10–15 metres from the lines and 10m apart. A ball is placed between the two cones.