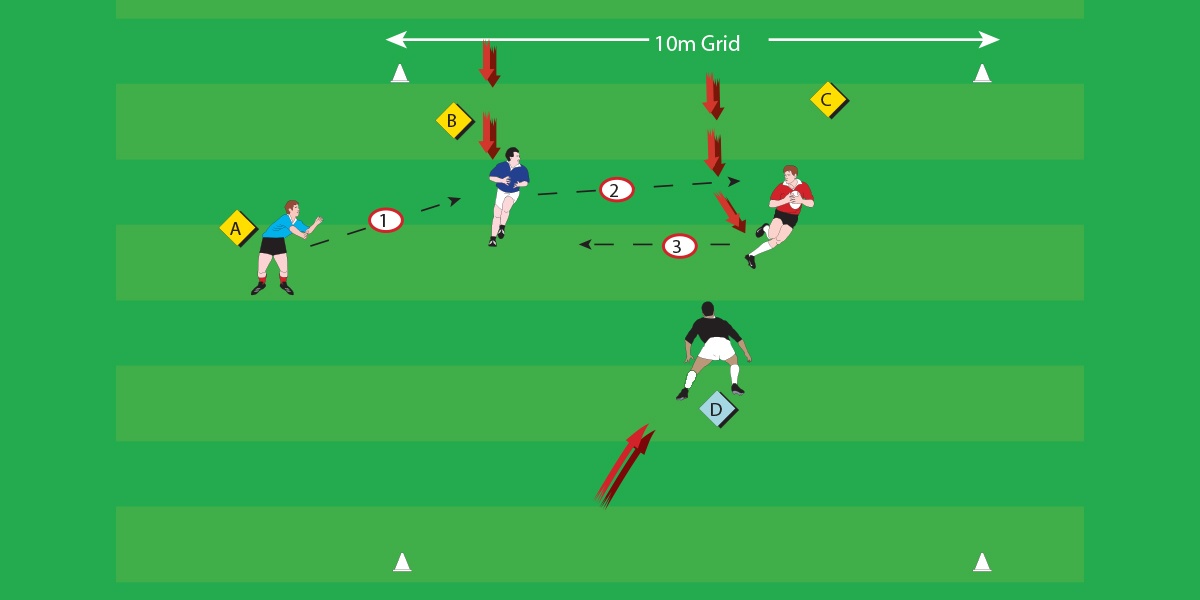 OBJECTIVE: To practice beating a defender as a pair.

EQUIPMENT: One ball per group.

• The player with the ball must run straight and take the defender to the side opposite to where the support is.
• The ball should be passed out in front of the receiver.
• Support players should surge onto the ball to get past the sliding defender.
• Defenders should attempt to isolate the ball carrier from their support.
• Defenders should attempt to get the ball carrier to pass early so that they can move on to the new receiver creating a one-on-one situation.