Who Would Want to be a Coach?

Who would want to be a coach?

That answer is more often applied to those difficult moments that come with coaching, overseeing a run of losses, trying to turn around a side’s fortunes, aspects that former Blues coach Pat Lam experienced throughout the season.

As Lam came under pressure one could have asked, who indeed wants to be a coach, but some would argue that even the difficult days are part of the reason why one would take a team through what is one way or another a wonderful journey of highs and lows.

Even with that associated risk of disappointment when you cannot achieve your goals as a coach, or that your players and team aren’t hitting their desired benchmarks, we still happily put ourselves through this due to all of the wonderful reasons where satisfaction can be achieved even beyond guiding a team to victory.

A great insight into this was given by Sir Graham Henry, who described the lows when the All Blacks lost the quarter-final against France in Cardiff, but was even more vocal about the highs and satisfaction achieved with last year’s success against the same opponent.

But success, and enjoyment, of being a coach goes far beyond winning or losing. 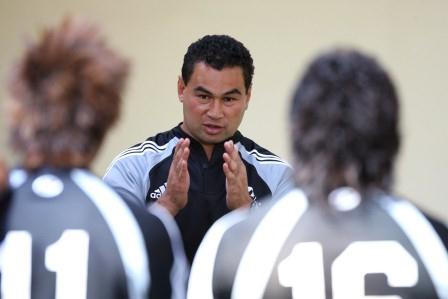 Naturally not all of us can rely on lifting the Rugby World Cup to give us the highest euphoria that could be potentially enjoyed by a coach.

In saying this, while many coaches might admit that winning their equivalent, whether be a club competition, shield or one-off grudge matches, is the pinnacle – the joy of coaching comes from that wonderful development that applies to all involved.

Again, we can use the example of Henry, who appeared to become a different man over his remarkable eight-year tenure with the All Blacks, who clearly grew with pride as he connected with his players, and he said that his greatest achievement in many respects was making himself redundant.

He wanted his players to become their own men, and the connection Henry had with the All Blacks almost seemed to be that of a Father who wanted his Sons to be ready to take on the world by themselves!

That was Henry’s journey, but what else can we use to ensure that we continue to love coaching and ensure that our passion remains high to be the best we can be – an emotion that is wonderfully infectious among your players.

Even if you don’t have a potential championship winning side at your disposal, the joys of coaching go far beyond the numbers in the win and loss column, but with the connection and development all individuals go through, if not in a season, over a number of years.

In many respects, a team that isn’t winning, and could be a struggler in terms of achieving desired results, could be more of a ‘golden ticket’ to some coaches, as often coaches will find that the bigger the challenge, the higher the satisfaction.

Has the Chiefs recent title success, and the way that their coaching team has become so involved with the community and team, has likely had far more impact considering some of the leaner years the newly crowned Super Rugby champions went through early in the tournament’s history.

Winning and losing - and all of the associated tactics, analysis and outcomes from either of those results - come secondary in terms of what an individual will gain from coaching.

•    You get to share your knowledge
•    You can grow people around you
•    You become a mentor, and your players become reliant on you
•    You build a second family
•    Respect is earned both ways

At the end of the day, it is a simple equation.

If you have the passion and drive to be a coach, more often than not, most of the other aspects will take care of themselves.

As Oscar Wilde once said, “Enjoy what you do for a living, and you will never work a day in your life,” a statement that could apply to anything, but especially the high emotion and at times high stakes life of a rugby coach.