What Happens on Tour

What happens on tour…

With the All Blacks and the Wallabies playing out a stalemate at Suncorp Stadium, the domestic test season for the Southern Hemisphere teams is over, and the World Champions will now prepare for their end-of-year tour – ordinarily a challenging assignment that the All Blacks have been well equipped to navigate.

Taking a team on tour is a far different event to yesteryear, where weeks on a passenger ship would turn into multiple test matches and up to 20-30 midweek or domestic contests.

These day’s midweek matches are not as common, but getting all aspects correct in your planning of a long journey goes far beyond the rugby – and that hasn’t changed in a century.

All Blacks coach Steve Hansen probably summed it up best when reflecting on the World Champions away from home wins against the Pumas and Springboks, saying that the team had gotten “the recipe” correct with their preparation. 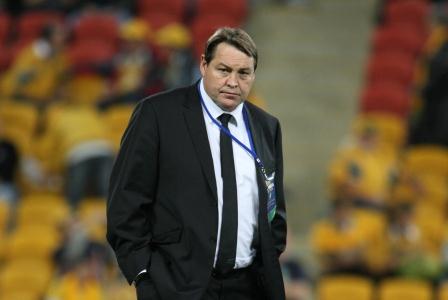 That recipe is crucial, for Hansen said in the same interview that if the planning was right and a build up a test progressed correctly, then the All Blacks would be very difficult to stop.  Perhaps the sad passing of the head coach’s father throughout the week, and the occasion of Keven Mealamu becoming the third NZ test centurion disrupted the recipe – for often emotions such as these do not in fact galvanise but distract ahead of 80 minutes of battle.

Being in enemy territory while this occurred did not help.

So how does a team adequately prepare for the hostility of foreign shores?

As always, it is important to start small.  It is unlikely that local school teams or the like will go on month long tours, but for young children, a one hour bus ride to the rivals across town can feel like an overseas sporting excursion.

To plan, first the parameters must be laid.

Decide how much non-rugby interaction to give the individual outside of rugby in relations to other people.  Obviously young children might travel with their parents, but if their young minds think it is a family trip, you won’t get the results you are seeking on the field.

The eternal question here for senior groups, is whether or not to allow girlfriends or wives (or boyfriends and husbands), as this can be a double edged sword.  If you want to be ruthless, little excuses like budget constraints can eliminate this potential minefield.

BUT KEEP IT PERSONAL

While factoring the above, don’t stop players from performing their own habits.  Some common traits including playing a musical instrument or turning on the Playstation/X-Box.  It is first and foremost a rugby tour – but all human beings need unwind time.

HOW TO SPEND HOURS AWAY FROM RUGBY

From curfews through to banning alcohol, make sure the rules are very clear.  Also ensure that once the rules are set, they are followed by a set of punishments which ideally must be implemented at all times.

Fair and consistent treatment is one of the backbones of any tour, let alone playing group.

There are other aspects which cannot be ignored, and will often be the difference between successful touring teams and those who get lost in a foreign culture (even if that foreign culture is just another suburb…)

Don’t be scared by new things, if anything, how the team responds may not only benefit the internal squad, but could have a massive spill off effect in a build-up.  All Blacks flanker Jerry Collins, who captained the side to Argentina, spoke two sentences of Spanish when first interviewed by local media.  That fact was never forgotten by the South Americans.

Whether it be just sleeping upon arrival (or forcing players to stay up), or easing off on training sessions, make sure that you monitor performance by checking that assimilation into a different zone is effective.  Some medical sources quote that jet lag and the like can shift your body clock for up to a week – just enough time to ruin your performance on the park.

ULTIMATELY JUST WORRY ABOUT YOURSELF

Being in a different culture, playing a team with an alternate style, all things change when you enter a new country or environment except one thing – YOU.

Make sure that while the above factors are considered, don’t veer away from what works for you, and make sure that as always the primary focus is on your own game and players.