Tradition versus Professionalism – can you get the balance right?

Rugby is a game steeped in huge amounts of tradition, with many of the practices in place a lasting legacy from the fact that as a sporting code, Rugby was the last modern sport to turn fully professional.

With the game amateur for so long, tradition became the lifeblood of the sport, although it wasn’t an easy concept to grasp throughout history.

Indeed, some regard the birth of rugby league to have come from disputes between Northern England and the Rugby Football Union, which led to a ‘split’ in 1895 and two years later the 13-man game became professional.

League’s transition to professionalism, beginning 99 years after rugby ceased to be amateur, hasn’t been smooth sailing itself, and the continuous teething is something that rugby continues to come to terms with.

Professionalism has been a mixed bag for New Zealand rugby, although by and large results have backed up a solid transition – with the All Blacks and the likes of the Blues and Crusaders performing to high standards since 1996 (when the game went professional).

Some feel that professionalism is hurting domestic competitions like the ITM Cup, but again the concept of paying players and channelling huge amounts of money into the grassroots is a concept that hasn’t been in existence in rugby for even two decades.

But what does this mean for weekend coaches and players, still not technically privy to the concepts of the financial aspects of professionalism? 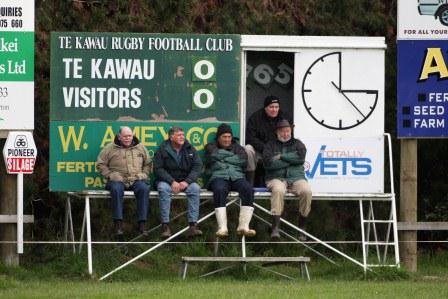 The finest example is the great tradition of a beer or two after a match.

In 2003 England coach Sir Clive Woodward opened his team’s season by imposing a drinking ban that would be in place until the Rugby World Cup, and captain Martin Johnson said this was one of the differentiating factors in the Red Rose’s success that year.

After training or match drinks were replaced by more intense training sessions.

The opposite theory was then applied during the 2011 tournament, with Johnson, now coach, believing that there was no harm in having drinks and team bonding at the local.

Infamous stories regarding dwarf throwing and the like are now urban legend.

So balance is critical, because ultimately the real yardstick is the performance on the field.

Players might not perform as well on the field if they have had a few drinks throughout the week, but does the bond formed with a couple of beverages outweigh a potential drop in athletic performance?

However while drinks might fall under scrutiny, some traditions, such as a victory song, should be strictly adhered too.

But even with professionalism, this post-match event must take second fiddle to interviews, broadcasting requirements, and so forth.

Traditions are so important, but  professionalism can alter even national ritual, with even the haka coming under attack for being too aggressive, giving an unfair advantage in a ‘professional landscape’ – while the International Rugby Board has a system in place which will fine teams that advance on the war dance.

MAKE SURE YOU STRIKE THE BALANCE

Drinks or no drinks?  Partners travelling with players on tour?

There are many aspects that were planks of the amateur game, and they can still provide a crucial part of your rugby team.

Remember that most ‘amateur’ traditions have no direct relation to sporting performance or tactics on the field, but the reality is that all of these can have significant positive effects on a side’s morale.

Players who enjoy playing often are the best, but even the best buddies don’t make good rugby players without the right amount of planning and preparation off the field – which is in essence professionalism itself.

USE SOME OLD TRADITIONS, AND MAKE YOUR OWN

Again the haka is a wonderful example, with the Kapa o Pango version applied to the All Blacks in 2005, led by former captain Tana Umaga, a variation that was said to incorporate not only tradition, but the modern team.

The connection to tradition, despite the new aspects of the haka, was evident with the fact that Ngati Porou writer Derek Lardelli worked off the ‘Ko Niu Tirini’ haka, originally used by the 1924 All Blacks.

When you are a coach, you are inheriting a legacy, but while maintaining previous tradition is important, it is crucial to the players and new faces that they have their own connectable identity – and traditions they can be proud of.