To Play or to Train

To Play or to Train – what makes a better rugby player?

The ITM Cup has wrapped down another season, condensed for the second straight campaign to cater for the increasingly packed rugby calendar, and while the new format has attracted mixed reviews, the reality is that it has forced a rethink in how players prepare for matches.

With Monday the only blank day in terms of rugby action, standard doctrine in regard to training, recuperation and preparation has been changed.

Coaches, not surprisingly, have been vocal against the fact that teams might have only a four day turnaround, quite simply because they don’t have as much time as they like to coach.

Paradoxically most players have supported the format, simply because they are playing more.

TO COACH…and the issues when you don’t coach enough 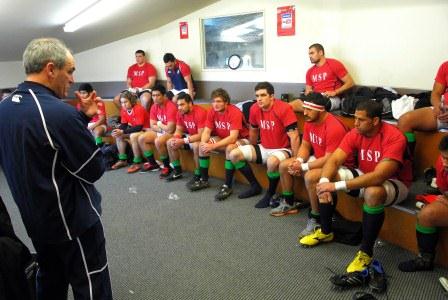 •    Coaching can be the foundation of a good player and team.  Improving core skills, practicing moves with team-mates, and learning team structures are all crucial.  Quick turnarounds can prevent this.
•    When players are focusing on getting on the field and recovering from condensed matches, they can quite naturally stray from the overall plan, one of the reasons why some sparkling individual attacking play was on display during the ITM Cup, but rigid defensive structures were rather rare.
•    One of the most overused coaching mantras is “we just want to get better, we want to see continued improvement.”  However this cannot occur without coaching even in its most rudimentary form, so ensuring your team and individuals grow is difficult if the season becomes so match focused.
•    Coaching goes far beyond what happens on field, and again the lack of specific time with players can affect the holistic aspects of the game – meaning that growing the players as people, working with issues outside of rugby, non-rugby education and development of people – takes a backseat without enough quality time – THINK OF LACK OF COACHING AS CONSTANT SCHOOL TRIPS WITHOUT THE CORRESPONDING TIME IN THE CLASSROOM.

TO PLAY…and the challenges and new approaches required to necessitate (don’t forget, while we are presenting dual arguments, the reality is that with a condensed season one must adapt to less coaching and more playing…and playing preparation)

•    Nothing beats getting out on the field.  While holistic aspects in coaching might be missed as above, the same holistic qualities that come with playing come as a bonus.  Losses (or that winning feeling) can be put aside quickly with less than a week between matches.  The innate confidence that only comes with playing, not training, develops faster in such situations.
•    While coaching is a critical part of the game, the end result of it all is the 80 minutes on field.  The most successful teams in abbreviated competitions, whether it be the new ITM Cup format or the multiple games played a day by a Sevens team, the best competitors will be those who embrace the mindset.
•    You might not get to coach to the extent you like, but while grand tactics and arduous strategic sessions might not be feasible, coaching players how to get themselves ready for a three to six day turnaround for a match is as crucial to a team and individual development just as teaching intricate set moves.
•    Recuperation and body management is a critical part of rugby, and it comes under even greater spotlight when players are engineering their time towards getting on the field.  Proof of this has been shown at the highest level, when All Blacks captain Richie McCaw played on ‘one foot’ during the Rugby World Cup.  He did not train, but merely managed his body to ensure he could get through 80 minutes.
•    If you are a master coach, then you will get your charges to enjoy their sessions, but nothing beats playing our great game. Don’t lament lack of coaching time or the like, but ‘accept your lot’ in a sense and tailor your campaign to getting fit and enthusiastic players on the field.

So with the above in mind, how will coaching change, from the traditional set up of a week or more for getting a team ready to play, versus condensing a post-match review / recovery / training / fitness / weights / planning session into a handful of days?

DON’T CROWD YOUR PLAYERS HEADS The physical demands are dramatically increased, don’t cram your coaching into a new time frame – unfortunately you are going to have to scale the classroom work back.

RECOVERY IS JUST AS IMPORTANT AS TACTICS You can have the most superbly drilled side capable of scoring magical tries of a set move, but if you come up against a boring, but fit and physical ready team that has concentrated only on their bodies and not their minds – then you will be at a disadvantage.  This aspect is the most important one of this piece.  Physical readiness is key, not mental planning – BUT MENTAL PLANNING IS IMPORTANT AS YOUR PLAYERS MINDS ARE FLOODED WITH PLAYING RUGBY.

TRAINING IS NOT RECUPERATION It is almost natural for a rugby coach or conditioning guru to want players to be putting in the yards in the gym or on the running track – after all, this level of fitness is part of our game.  But doing this on top of potentially two matches a week will break down any player.  Make sure this balance is carefully monitored.

As for the players, how will things change for them?

PLAYING CAN BECOME TRAINING With what could be an additional game thrown in to a player’s schedule each week, the time sacrificed running drills on the training field becomes new bonus time playing with each other.  It is this aspect that breeds familiarity with team-mates and innate understanding on the field, so look to promote this aspect.

MANAGE YOURSELF SON Normal convention has a setup such as recovery Mondays, gym Tuesdays, training run Wednesdays, and so forth.  This doesn’t occur with regular playing, which means that the governance of players becomes more of an individual responsibility rather than a coaching one.  Make sure players know that after match beers don’t quite fade away after four days rather than seven.  Make sure than players know that essentially two days off a week are crucial to increase recovery (ironic as they are already getting less training, but recovery is king here).