The team structure – integrate players into a ‘system’

The All Blacks recent 3-0 test series was just a triumph on the scoreboard, but showed the value of having established systems that allow new faces to come into a side without compromising performance.

This overall structure, painstakingly put in place by Sir Graham Henry, Wayne Smith and Steve Hansen – and being continued by the latter – reached its crowning glory during the Rugby World Cup, when Dan Carter was ruled out via injury.

Carter was then followed by Colin Slade and Aaron Cruden, leading to a remarkable story where ‘fourth choice’ first five-eighth Stephen Donald was called up from fishing to kick a crucial penalty which would be the difference between the All Blacks and France at the World Cup Final.

Preparing an overall template that can function irrespective of the participating players is not a guaranteed path of success. 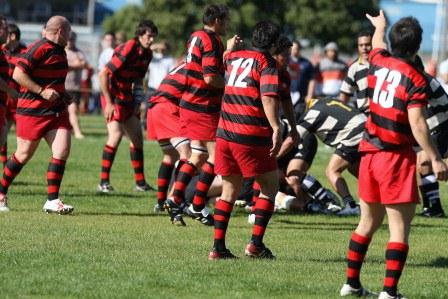 Indeed, sometimes such a practice can be fraught with danger, especially considering that often a team’s structure isn’t determined by their operating systems, but by the player’s themselves.

While a team system that barely alters irrespective of the players might sound preferable to some, the unique talents of our charges may be the basis for a coach’s approach, and how they might prefer to build the style and game of a side.

Big forwards are one facet that a team might be based around, a pace filled backline, or a couple of playmaking geniuses who navigate the team around the field – there is so much to consider when building the coaching template for the side.

Let’s take a few steps forwards and look at the game itself, so with a structure, determine a particular ethos for your side, whether it be based primary on attack or defence, or perhaps panache over pragmatism.

Then you will need to look at the overall first steps of implementing this on the field, which will form the genesis of your ‘systems’.  If for example you want to create an all-out offensive side:

•    You’ll need aggressive forwards to guarantee possession
•    There will need to be a front foot approach by all ball carriers
•    You will need one or two generals, to guide the attack
•    Positioning without the ball, both in initial formations and then in support play

Here is where you will need to look between the structure and players, so while still focusing on offensive play:

•    What will be the pure aspects of your attack, power or speed?
•    Which players can perform which duties?
•    Is there an overall mantra, i.e. play the gap and not the player, or perhaps the opposite!

If one is to focus on an offensive approach, then there must also be a level of confidence, which may come from the individuals themselves, but real rugby confidence comes from having a belief in your team’s structures – and the players around you – which is the real system per say.

Now let’s take a few steps backwards and look at the more holistic approach of coaching a system.

It starts with the first structures put into place in training.

A system might end with a team being a glorious running outfit that looks to attack at every opportunity, but it begins with the first steps implemented at every training session.

A fascinating insight into this was given to me when watching All Blacks forwards train in comparison to how the Springboks big men go about their sessions.

Often All Black forwards play in live situations, running and playing mock sessions, giving further credence to that age-old statement that New Zealand rugby is strong because our forwards like to run with the ball.

Their Springbok opposites take a more brutal approach, spending much time on set piece structures, while initiating live contact sessions where the South African forwards relish physical engagement with each other before taking it up a notch against their opposition.

This encapsulates All Blacks and Springboks play, and their respective systems.

At junior levels the studious implementation of the basics is critical, but as a team and player advance, structures and patterns will come to light, and this can often be one of the great transitions of coaching.

What structure (ethos) do I use?
How do I deliver this message to my players?
What training exercises will work with this approach?
How can I get the players to become better at using this system?
When will I know it works?

The second point is crucial, as getting the critical ‘buy-in’ from your players means that coaches and charges are on the same page.

Ultimately this will enable the implantation of a system and mindset that will be able to be imitated and duplicated to ensure consistent growth of your players, and hopefully some good results for your side.

The one constant in rugby, be it via Auckland provincial teams of the nineties, Crusaders Super Rugby teams of the professional era, or All Blacks outfits over history – they operate to a time honoured approach and efficient blueprint that enables success to be duplicated over the years.