So Much More learned in Defeat

So much more learned in defeat than in victory…despite a good recipe!

There is an urban legend about the two young boys who compete constantly, and one boy, no matter what the other did, always seemed to come out as the winner.

“You have it easy,” the boy who never won said. 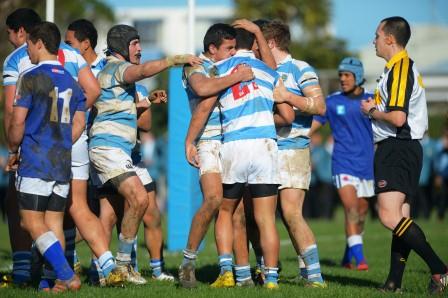 “Why is that?” the winning boy replied.

“Because winning is easy, I always lose and it is really hard.”

The boy who always won shook his head, saying that the “easy” part was the reward, for all of the hard work he put in to ensure he remained a winner.

“How did you work this out,” the boy asked the winner, to which he simply replied “that is easy, I used to lose and worked out how to stop it happening.”

Working hard off the field gives you every chance of engineering the necessary result on the field, and more often than not the difference between winning and losing sides is often how studious the preparation is prior to the match.

The All Blacks have referred to this as their recipe, and coach Steve Hansen confidently proclaimed that if his side’s preparation was sound, they would give themselves the opportunity to win.

A team or individuals on top of their game always have one almost imaginary chink in their armour, and that is exemplified by a series of questions.

“Do I/we have any weaknesses?”

…Is this the greatest All Blacks side of all time?

It is an ironic question that more often than not can only be proven with a loss.

Winning is a triumph of your planning and systems, and continued success will often come from refining what you are proving is a guaranteed formula.

Losing has the ‘benefit’ of revealing where the above structures aren’t working, but the trick is not only to look at your own system, but ensure that the mental burden of defeat doesn’t detract from the necessary analysis to get yourself back into the winner’s circle.

If you don’t know where to start, break it down into key areas:

Remember winning is fun, losing is not – the key to losing successfully, if there ever was such a thing, is to ensure that the emotion does not pull you down, and you turn that disappointment to determination.