Sideline behaviour – initiatives we can all use to enjoy the game

As New Zealand Rugby launches new APPLAUD initiatives, designed to encourage positive and supporting behaviour from the sideline, we can all be reminded of some simple tips and approaches to make sure that you are part of a positive influence that benefits all involved, from the other sideline ‘contributors’ through to the players and referees.

Negative attitudes from the sidelines can cause detrimental effects to a child’s psychology as well as ensuring that those around can also have their time at the game compromised by something that often starts from something very small. 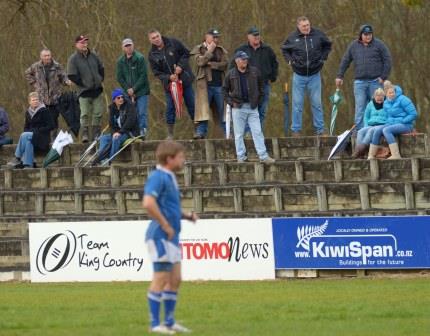 So, without launching into too much negativity, it isn’t a bad thing to identify what should be unacceptable behaviour from the sidelines.

-    Shouting with a tone or volume that implies anger.  Remember, it doesn’t matter if you don’t think you are yelling, if your kids think you are then more often than not unfortunately you are.  Be loud and proud, but be good to the crowd.
-    Swearing.
-    Physical abuse – in any form.  The Police recognise a shove in the chest as assault, simple as that.
-    Singling out a negative play, much like shouting out to mock someone in a restaurant who drops a plate.  Everyone will make a mistake at some point, everyone, so don’t heighten an individual’s embarrassment.  Save it for a professional debrief afterwards.
-    Try to worry about the game not the person with the whistle, focus on them and of course you will catch them make what seems to you to be a mistake.  They are doing their job, so let them and realistically support them like you would a player.
-    We have all seen many children who may have little skills on the rugby field, but we haven’t seen many who don’t try their little hearts out.  They are trying their best remember, and will only get better with encouragement.

Knowing what to avoid can help, but there are some simple hints that you can put in place, overall, before, during and after the game.

Watch your alcohol intake.  There are a lot of mean drunks out there, so ideally watch with a thermos of tea, it will keep you level headed.

Laugh.  You’ll be surprised how easy it is to find something funny and cute about watching kids and your children play rugby, it is a bit different to watching the All Blacks after all…

Involve everyone, including referees and clubroom employees etc, in events that will bond.  Think a nice meal, barbecue, or something to ensure there is a different angle to the event outside of the rugby, this makes it a bit more social rather than solely sport orientated.

Get involved outside the game, coaching, helping your kids train in the backyard.  How good would it be to see your little one pull off a move that you taught him between the washing line and the old tree in the yard.

Plan for it, make an occasion of it, that excitement will flow.

Try to involve the entire family if possible, of course the kids want to show off their skills in front of big sister or brother!

Remember, it is just a game.  Passion is great, but remember our little list of triggers and scenarios above that indicate unacceptable behaviour.

Clap.  If you don’t think you can keep your voice down, clap.  You can clap as loud as you want.

Maybe to keep the punters going run a little cheeky sweepstake, maybe having the parent whose little one scores the first try not having to pay for a coffee at the end of the match?

If you really are that intense about the game, watch your reactions and put your intensity into other aspects, like making technical notes as if you are the coach, maybe even the actual coach might listen to a couple of couch coaches points over a meat pie.

Everyone did a great job, don’t forget that.