Same coaches, different teams – will the outcome be the same, or should you change?

It is an interesting scenario that we will witness in the coming months with the Wallabies, with the two senior members of their new coaching team coming from Queensland, which begs the question; will Australia be a Reds clone?

If one were to dissect quickly some of Ewen McKenzie’s previous tenures, the answer might be an emphatic no, as his Waratahs teams, relying on an international quality pack, played a brand of rugby worlds apart from the style that saw the Reds take the 2011 Super Rugby title.

This season, despite falling short, evidence of an evolved Reds team was witnessed in the fact that their attack was far from the flamboyant style we have seen in the past, replaced with a gritty defence that was largely unnoticed as many merely observed “a less potent attack”.

Ah to be a coach! 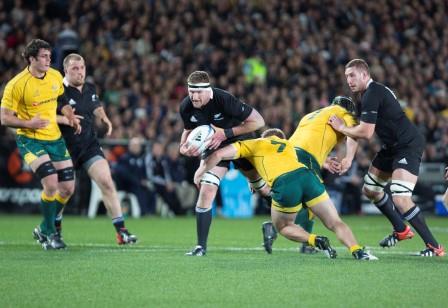 McKenzie will now coach the Wallabies, and one key fact here is that he will have the best players and highest skillsets available to him than any before, likely prompting further changes.

Can such a transferral work at all levels?

In theory it can, for rugby is at its heart a simple game, and the basic tenets of coaching and play that exist at the most junior levels still have a big part to play in Test Rugby, but the most important principle here isn’t so much a horses for courses theory.

It is that as a coach, you must continually evolve.

For even the best team can be caught out, with many still conscious of the All Blacks loss to England at the end of season 2012.  The biggest thing to come out of that Test defeat was a series of statements from the English coaching camp that they had – and the result backed it up – predicted and planned for many aspects of the All Blacks game.

This would have irked Steve Hansen to know degree, for he had stuck to the core principle, he had evolved the All Blacks under his watch to be a fearsome attacking team, considerably different that the more patient, if not slightly more defensively orientated style the World Champions had under Sir Graham Henry.

So now we have our first lessons:

-    Make changes while observing trends.  Hansen surmised that the All Blacks needed to take their offensive game to another level.  No longer were pick and drives and halfbacks running off the base the vogue, but rather a burning desire to have a blazing attack – based on the pattern in recent years that defence dominates.  Basic numbers indicates this has worked, despite stronger defensive systems, the World Champions have maintained their average of approximately 3.5 tries per Test.
-    Be careful when making your mark.  It is so tempting to leave your own stamp on a team, but do not make changes just for the sake of it.  Overused but still true today ‘if it ain’t broke, don’t fix it!’
-    Be wary when you make a change, as over time it will be clear to opposition coaches what adjustments you have made.  England barely went near the All Blacks ruck last year, as they knew the ball was being quickly moved to the backline, and lurking flankers were able to cause defensive chaos out wide as a consequence.

So what should you do, change, or stay the same?

You should do a mix of both, and be wary of your core beliefs.

Some aspects of your coaching should never change; think of Hansen’s affinity with his forwards, or his assistant Ian Foster continuing from his Chiefs days with a lean towards attack, all coaches will have something of an original template.

Remember that as a coach; before you potentially change teams, you will lead to assess what will work with your new charges – on and off the pitch.

-    Perform a very thorough assessment of the state of affairs; this will be your first launching point.  Hansen took over the All Blacks in a position of unrivalled strength, new World Champions with the bulk of his stars available, so there were never going to be wholesale changes.  McKenzie took over Queensland after years of bottom table finishes, so not only were changes needed, he knew that he could start from scratch, as any amendments were only going to make things better.
-    Assess your personal and see if what is required.  Too many stars and not enough grafters, or are you only after one of those categories?  A team full of locals or a roster of imports?  In McKenzie’s case he invested heavily in local talent as he wanted a connection with the state, while Hansen is making changes, but they are based on keeping the world’s best team fresh.
-    Be wary of personalities.  The more glamorous the teams, the more likely egos will come into play.  A club team might be able to be taking care of with little effort, but at the highest level the management of people can make or break a coach.  Robbie Deans learned this aspect the hard way.
-    Work with what you have.  Teaching young children tactics learned from the All Blacks might not always work, but the beauty of your core philosophies is that what worked with young children may well work with All Blacks.

In hindsight, the Reds approach to Super Rugby in 2011 was magnificent, unleashing Quade Cooper and Will Genia in an attacking game that took the competition by storm, considering that years previously the Bulls had ruled, with vastly different tactics to their rivals in Pretoria.  If McKenzie had transferred his old Waratahs style to the Reds, they probably wouldn’t have won a title yet.

Finally, never forget that if you are moving up through the ranks, eventually it won’t be just about your new players or new team.

You will be facing tougher opposition, and the stakes will be undoubtedly higher.

What worked once might work again, but if it doesn’t, you can always make some changes, and this sort of evolution is something that notable figures in history support.

It is not the strongest of the species that survive, nor the most intelligent, but the one most responsive to change (Charles Darwin)