WHO WE ARE AND WHAT WE DO

The New Zealand Rugby Foundation is a Charitable Trust. We aim to be an outstanding welfare organisation, which provides vision and leadership to rugby in New Zealand in terms of injury prevention, player welfare and care of catastrophically injured players. 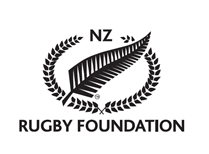 The foundation was formed in December 1986 by the late Kel Tremain and he was joined by Sir Russell Pettigrew in growing the base. Initially, the objectives were broad in terms of “supporting rugby in need.”  25 years later, this has become very focused on the area of injury in rugby.
No one ever wants to consider the unimaginable; to permanently lose their mobility due to a rugby accident.  But sadly, it does occur as in other physical sports and recreational activities. Rugby is a contact sport, but we are all committed, with the New Zealand Rugby Union (NZRU) to actively reducing the risks.
The NZRU in partnership with ACC runs the RugbySmart programme, a world-leading injury prevention programme that helps coaches, referees and players identify safe and good techniques in a variety of situations to better prepare them on the field (for more information visit www.rugbysmart.co.nz).
The Foundation’s core business is;
1.   Supporting catastrophically injured rugby players financially and emotionally through fund raising and other activities.
2.   Fund raising activities/projects…
3.   Working with the New Zealand Rugby Union to communicate the message of safety first.

Supporting catastrophically injured players
We have 94 VIPs on our books – yes Very Injured Players, Very Important People!
The Foundation is the first line of support, focusing on ‘instant support’, and later as a player rehabilitates, on bridging the gap between ‘before’ and ‘after’ quality of life for these players.  The Foundation does this through:
•    Lifestyle retraining for the injured person, their spouse and family members;
•    Financial grants for needy injured players;
•    Family education;
•    Vocational training and/or retraining;
•    Funding specialised transport to increase mobility and independence; and
•    Introduction to leisure/competitive wheelchair rugby

The Foundation works with the NZRU to ensure sound player insurance is in place. All amateur rugby players in New Zealand who are registered are covered by this policy. (There are separate insurance arrangements in the professional arena). The NZRU also makes a significant annual financial contribution to the Foundation.
Money can go some way to making the players’ lives easier, but it requires more than that. The impact on the player, his family and near one’s is hard to describe. This is what is so vital about the Foundation – the organisation supports the player – for life!
This year we ‘celebrate’ our 25th anniversary – quite a milestone. The nature of what we do and our reason to exist causes mixed feelings when using the word celebrate……..however there are many stories that should be celebrated; we have 94 seriously injured players with whom we work - our  VIP’s.
Preventing accidents
The Foundation has in the past worked very closely with the NZRU in terms of general safety messages.
RugbySmart was developed jointly by the NZRU and ACC. It's all about lifting team performance by ensuring players are physically and technically at their peak before they put their bodies on the line. RugbySmart is based around ACC SportSmart, the 10-point action plan for sports injury prevention. It's a comprehensive approach that is about keeping players where coaches and supporters want them: on the field, contributing to a winning team effort
All clubs, schools and referee associations are required to register their players, coaches, referees and other volunteers each rugby season. The registration process enables Provincial Unions and the NZRU to administer the game and provide support for everyone involved. All coaches in New Zealand who coach above U13 have to attend a RugbySmart safety course annually. They are not allowed to coach if they have not done so. Small Blacks coaches also attend an annual Small Blacks Coaching course which is tailored to cover safety requirements at each level of development. The NZRU manages a vigilant programme around injury prevention – the role of the Foundation is to assist with communicating the message to rugby communities far and wide.
The Foundation is managed by a small two person team and is guided by a Board of Trustees whose members include former All Blacks and high profile rugby personalities:
Sir Wilson Whineray (Patron), Maurice Trapp (Chairman), Sir John Graham (President), Tane Norton, Andy Leslie, Colin Gibbons, Richie Guy, Gerard van Tilborg (NZRU rep), Mark Peters, John Leslie, David Latta
Contacts:
Chief Executive Officer
Lisa Kingi
(09) 623 7980  / 021 212 7399
lisa@rugby-foundation.org.nz