Revenge isn’t in the All Blacks vocabulary, and it shouldn’t be in yours

Coaching Toolbox doesn’t normally focus on semantics, but when the All Blacks played England in a huge Test match, some topics that would have been fascinating, such as potential strategic play, were lost with the perpetual question from UK media.

Is this about revenge?

All of the All Blacks, from coach to captain to play, have said no, and it is a pity that some sections of the media have said this is all game play.

But while that thought might linger deep in some of the players’ minds, with the concept of revenge proven to be a core and animal like human emotion, it is an emotion that would stifle the All Blacks ability to succeed and continue improving.

They know that, and now you do to! 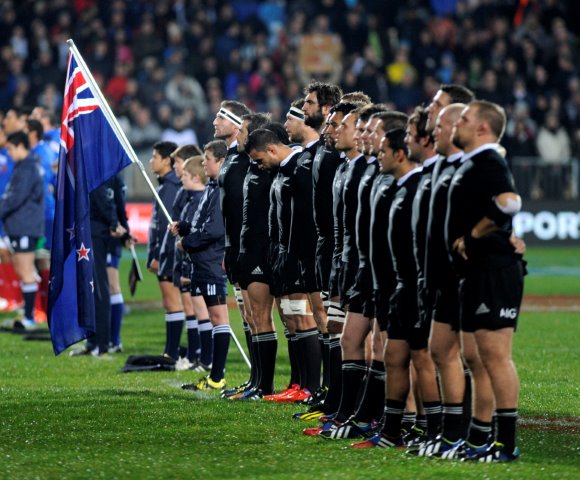 Revenge is also well labelled as vengeance or vindictiveness.

To seek such a thing, creates risks that inflate over time:

- The last thing on your mind should be all consuming thoughts for revenge.  The reality is, the more you think about it, the more it will consume you.

- Thoughts of revenge take away from thoughts of game planning, tactics, and training

- Revenge is an ‘inward and upward’ emotion.  The opposite ‘upward and inward’ might indicate that feeling of satisfaction when you’ve achieved something and then you get those warm fuzzy feelings inside.  Revenge (inward) is a personal and lonely emotion that will eventually mean that those on the outside world will see this aspect of you – and little else.

REMEMBER, THE REALITY IS REVENGE HAS NO END.  IF YOU TAKE REVENGE IT ONLY MEANS EVENTUALLY SOMEONE MIGHT WANT TO TAKE IT ON YOU…

As All Blacks Coach Steve Hansen said, revenge is not even really technically correct, further showing the team’s focus in shutting it out.

With a full tour, Hansen knows that revenge might have allowed the All Blacks to achieve the result against England, but what about the other opponents?

Again, we must point out that revenge can be all-consuming.

This cannot happen for an elite sportsman.

Training, mental focus, preparing for each opponent on their own merit – these are aspects that require not only a focused mind (something that revenge orientated individuals rarely possess), but communication with those around you.

Remember, revenge is not a group affair, nor a team exercise.

Revenge is an emotion that sits alone, in the dark, and prefers one-on-one conflict.

Sometimes, this is a mental aspect that some coaches would suggest should be encouraged, for a fired up team ‘wanting revenge’ (the term exists for better or worse) can often produce that extra bit of effort that can be the difference.

There can also be some benefits, properly and carefully applied, that can increase focus in training.

It cannot and must not however become ONLY focus or all-consuming.

So how do you coach this?

It is a part of mental training, and while specific techniques and the availability of such resources sometimes are exclusive to a high performance environment, it will need to be something addressed.

In theory, the thoughts of revenge can surface each week.

Again, for the aspects of getting the best out of your players, it is something that can have its advantages.

Many of the fittest and most dedicated rugby athletes are like that because of a mental focus that can come from a controlled revenge (an “I’ll show them” style attitude), while on the field a desire to overcome deficiencies in your play can lead to a similar mindset.

It cannot and must not however become sole focus or all-consuming (We know we’ve said that a lot, but if it does, it becomes an ugly cloak).

All Blacks captain Richie McCaw gave a relevant example here when speaking of his ‘feud’ with Quade Cooper, although to be fair, this individual battle was given plenty of fire by an overly enthusiastic media (be wary of media, or the talkers, for often they will look to inflame the situation).

A ball carrying McCaw saw Cooper in the defensive line and decided to line him up and crash into him.

The flanker admitted later that his rugby instincts had prompted him to pass the ball before taking contact, but a flicker of a desire for ‘revenge’ led to him wanting to get one over the Wallabies playmaker physically.

This is the final warning – for if such an emotion can temporarily get the better of the most experienced All Black in history – then are we not all at risk?

Perhaps, but with the right tools and understanding, you can make sure this emotional nuclear bomb of a word won’t detract from what you need to achieve on the rugby field.

And achieve in life.