Season finishing, but no trophies in sight, how to keep motivated?

Well done lads, you did your best - a common line in coaching that is one of the underlying tenets of rugby and sport.  Sometimes it isn’t about winning or losing, especially at the lower levels, but ensuring that you did everything you possible could.

That amount of effort, especially in the rugby ranks of our children, is as much as we can ask.

However while it shouldn’t be the one and only platform in your rugby cliché book, ultimately winning and losing is a massive part of how the team operates, how players feel and the culture that is being developed within the team. 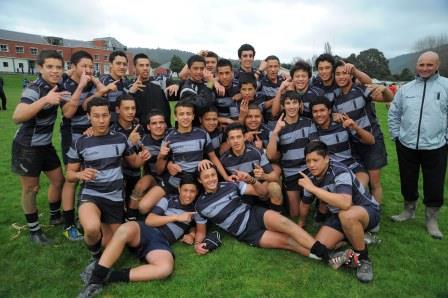 Winning and losing isn’t everything the politically correct line states, but one suspects if we heard that line rolled out by an All Black, we might be confused.  After all, an unspoken ‘winning is everything’ culture is behind the All Blacks, part of why they win far more often than they lose, but this comes with a motivation tool that is New Zealand Rugby’s greatest legacy.

Yes, new All Blacks are encouraged simply to give everything they can, but there is the pressure of winning and more importantly ensuring that you pay homage to the men that wore the jersey before you, and maintain a powerful legacy that has been built up in 110 years to a level that has our World Champions spoken in the same heady tones when describing some of the finest sporting sides ever to grace the planet.

Nine Super Rugby teams for example, are already beginning their 2013 season post-mortems, while only one of the final six remaining, will gain that elusive trophy that is the ultimate symbol that not only did you have a great season, but were better than everyone else.

As strong as those statements are, it is equally true that failure to win a title will not sugar coat the fact that you might not have had a great season, and were not as good as everyone else!

So ultimately your motivation, and eventually end of season targets need to be set early – realistically if your season has now finished without some tangible reward (it is there, you’ve just got to find it), then plan accordingly, and the inspiration will follow.

First – what exactly is motivation?

Motivation is an act that gives a reason to complete a certain task, creating impetus and drive to work towards what should be a common goal.  This latter point is quite important, for even the finest motivators won’t be able to work their magic if everyone is working towards different agendas.

If put into place properly, motivation is an awesome weapon, but unfortunately in modern society there are factors that conspire to ‘demotivate’, as individuals often don’t see the point as they aren’t being motivated (or driven) correctly.

As a coach, trainer, teacher or boss, one of the things with motivation is that if you don’t know what motivates your charges, you will find it difficult to get them to strive to achieve new goals.

Do you think Sir Graham Henry spent hours with Dan Carter showing him how to kick the ball, or teach Richie McCaw the nuances of how to position your body over the ruck?

Probably not, and that is where elite motivation is critical, not so much about improving skills or physical capabilities, but ensuring that people are consistently challenging themselves to be the best they can be.

One wouldn’t have been surprised if Henry was in McCaw’s ear whenever possible “are you going to be the greatest All Blacks captain ever?” and at the same time would tease Carter towards “are you going to the best number ten ever to play the game?”

Here, one needs to be wary of Machiavellianism, the motivation to be all powerful and take all for one’s self (the driving for ultimate power!), so make sure that you keep the natural instincts wild so players achieve their peak, but make sure this motivation doesn’t come at the cost of the team, which ultimately will only drive down the motivation of others.

Finally, remember there are two core forms of motivation.

INTRINSIC MOTIVATION (or internal) is the driving force that more often than not separates the ultra-successful with those who might find they never rarely achieve.  A rugby player with the lowest levels of intrinsic motivation will never play against anyone except his cat and dining room chairs, with the player with the highest levels of intrinsic motivation will, if aided by a bit of the right genes and training, will become an All Black.

A great example is Arnold Schwarzenegger, who followed a simple principle – find out how many hours his rivals worked out, and train more than that.  That is intrinsic motivation at its most primeval, and lucky for Arnold (normally it wouldn’t work like this) the more he trained the better he got, almost immune to what is now generally recognised as the ability to overtrain.

EXTRINSIC MOTIVATION (or external) is a driver that exists outside of one’s own motivating forces, most commonly a trophy, the trappings of fame and wealth.  You might not be able to lavish your players with this, but sometimes the continued promise of a cold pint at the end of the game (on the house of course) is the only motivator and good grassroots player will ever want.