How to Turn Coaching Cliches into Gems of Advice

How to turn coaching clichés into gems of advice

The cliché is something that is abundant in rugby, and while we might groan when we hear coaches and players roll out the same lines over and over again, sometimes you must use them.

It might be because at that moment in time you have nothing better to say (or more to the point, need to use a cliché instead of speaking too honestly), or it will roll out simply because you are being asked the same question over and over again.

For easy reference, we have a small list of some of the time honoured clichés, and what they might really mean…

“We haven’t settled on the team, there is plenty of competition for places.”

“At this stage, we’re taking things one game at a time.”

“We are not worried about the opposition, we’re just focusing on ourselves.”

(We are really worried about who we are facing)

“We definitely could have played better.” 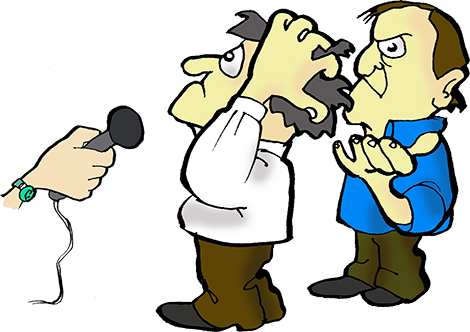 “There are no easy games in this sport.”

(Well if it was easy there wouldn’t be any need for coaching advice!)

“It was a game of two halves.”

“From here on in, every game is a final for us.”

(One more loss, and that is probably our season over)

“We left everything out on the field today.”

(So what did you do last time, clean up afterwards?)

“We are working really hard to achieve results.”

(Well thank goodness, you are the coach of a sport’s team after all)

Of course, sometimes you will be backed into using clichés whether you want to or not, often it won’t be because you cannot think of anything else to say, but due to your media training where you don’t want to give anything away.

One of the most overused questions is:

“What do you think you could have done better/to win the match?”

However with a little bit of seriousness, while the cliché can be a necessary tool for a coach, you really need to avoid them with your players.

Remember, a cliché is something typically overused, that lacks originality, or confirms to a common stereotype.

Often (remember never say this to media direct, you need them onside at the highest level), clichéd answers from coaches come from clichéd questions.

Some statements, despite being generally classed as a cliché, are still necessary to your players, but you need to make sure that your points are getting across.

Your players may have heard these over and over (the textbook definition of a cliché), but make no mistake, as a coach you need to get your point across.

Here are some classics, and advice for how to make sure they sink in:

“We need to work harder.”

(Define exactly what, never leave such a comment open ended, make sure that your players have their own individual work on)

(What wasn’t? To say such a general comment can actually lead to despair, as with the point above, you must clarify want need to become ‘good enough’)

“We’ve got to start winning.”

(Nice one coach, way to generalise! Winning cultures usually have a series of mechanisms that aid the team, the desire to ‘start winning’ needs to come from actions, not words).

(If you as a coach believe that or worse say it, then perhaps you shouldn’t be here!).

Coaching and sport will often lead to clichés, for better or worse, that might sound like programmed or recycled rubbish.

But while it might be a necessary tool at a press conference, when it comes down to the nitty gritty of your craft, you need to make sure you use phrases and sentences of priceless advice, tailored to the needs and desires of your teams and players.

After all, you’re better than that, aren’t you?