How to Deal with Conflict

How to deal with conflict, within the team and on the field

Rugby is a passionate sport, and as a consequence emotions will often get the better of many players.

Not just on the field, which is part of the battle (remember discipline can be instilled by the best coaches), but in the changing room or practice run.

A player makes a few mistakes, if not in training, in a game. 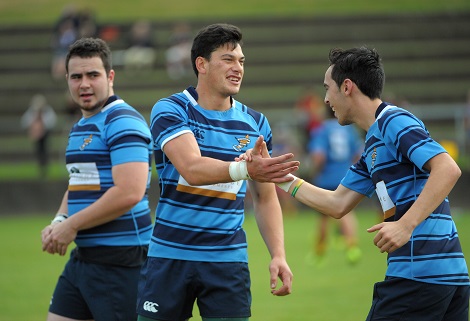 Long after practice or the match is over, a few players take exception to those dropped balls, overthrown passes or fumbled tries.

And then the tension begins, unless it is dealt with, immediately, with absolutely no fuss.

Conflict, arguments, personal distaste or pure dislike (some humans simply don’t get on) will fester unless they are addressed.

The longer this goes unanswered, the worse the issue will become.

Remember the old mantra, a problem is only a problem if it is ignored.

So assume the first issues occur on the training field.

-    Plan an overall debrief, but set some rules first. Perhaps make it a cardinal sin to criticise a player who makes a mistake in the middle of training.
-    Set some unique guidelines. Maybe someone who makes two errors in a row is subbed, either for a few minutes or even worse (or better), they have to pump out a certain number of push ups.
-    If you as coach see disputes or conflict between players, the best thing to do is note it, then take those individuals aside and deal with the problem. Don’t be shy. Make it a very direct point that things like insults, name calling, swearing, aggressive sledging or some massively appropriate comment (use your imagination) won’t be accepted and could come with a penalty.

Sometimes the best solutions are simple.

More than one coach has seen two players clash, and to combat the issue has sent the two to the local or a restaurant on the club to talk man-to-man or woman-to-woman.

Do not ignore any tension.

Never let any personal conflict between players fester. Deal with it. As the coach, in these situations, you must be the boss, the CEO, the parents and the law.

Do not make the immense mistake for example if you are coaching boys to think that a bit of internal conflict is good for the spirit.

Internal COMPETITION is good, but not conflict.

Remember that as a coach you could instigate this conflict yourself, you need to be balanced with how you approach things.

A fine example is a team naming. Imagine dropping five players and thinking “they were crap last week, they can deal with their dropping” but you make the decision not to call those players.

Nip these problems in the bud. If someone isn’t performing or training well enough to be selected, it is up to you the coach to make sure these standards lift – you need to give the players what they need to excel.

What about tensions during a match?

-    If a player makes a mistake, it is clear, their teammates are to approach the player and encourage them, not insult them, how is the player supposed to move on from their error?
-    Mistakes happen, full stop.
-    If a player is making errors, make the notes. As a coaching team it is your role to either eradicate these mistakes, or, as tough as it sounds, drop the individual from your team.
-    You do not want a ‘99’ call. That was used by the 1974 British and Irish Lions to signal full team retaliation to a perceived offence by the opposition. While history remembers the event, it defeats the purpose of the discipline you want your side to maintain.
-    Stress that if something happens, perhaps some handbags, that players act as mediators, the individuals that pull others off each other. You really don’t want the entire team running in with arms swinging.
-    Golden rule. You are all here to play rugby. Arguments, fights or aggressive verbal behaviour will make for an ugly match. Keep the spirit of the game intact.

Then there is what must be considered law:

-    Completely and utter respect for the referee, no matter what. Try to coach your team that even thinking negative thoughts about the official can eventually lead to a verbal outburst. You are there to do a job on the rugby field the same as the whistle blower, and like you might, they could make mistakes.
-    Physical assault will be treated with the same penalties applicable to the world.
-    Certain words are banned and never to be considered. Think revenge, payback, or bravo statements coming from players whose egos have been damaged “if I was in the pub he wouldn’t stand a chance again me.”

Rugby can be tricky. It is a cheat beating style contest that can cause some conflict.

But not in your team. Not between your players.

But the golden rule is never let some simmering battle between parties go ignored, it could explode and tear apart your squad.