Follow the process, not the emotion – the importance of rugby’s core tasks

Rugby is a challenging game for the fact that not only does it symbolise all of the pure aspects of physical and primeval combat, but has a variety of jobs on the field that require a degree of skill and concentration.

Those two latter aspects often go missing when the veneer of red settles on players, distracting them from the job at hand, where emotions such as anger and frustration lead to players letting themselves and ultimately their team down.

Indeed, this is an aspect that opposition teams will eagerly target if given the opportunity, for even the most disciplined and experienced rugby players will let their feelings get in the way. 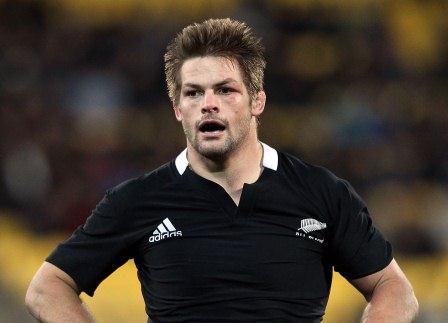 The well heralded rivalry between All Blacks captain Richie McCaw and Quade Cooper is a classic example of this – where the most experienced Test player in New Zealand rugby history admitted that he let his emotions get the better of him.

After an incident off the ball, where it was alleged Cooper had infringed against McCaw, the All Blacks captain admitted recently that when he had the ball and saw his antagonist, he decided to crash into Cooper – rather than set up the players outside of him.

McCaw on reflection felt this was his greatest mistake, letting his feelings get the better of him.

This is easier said than done however, with the desire to get even unfortunately a core emotion that is part and parcel of being a human – leading to the thought that perhaps forgiveness is the ultimate godlike trait.

The example above is when another player’s emotions cross over, but the worst emotional hindrance can be a mistake on the field, a confidence killer that spills over to the rest of your duties during the game.

Keeping focus and sticking to structure will be challenged not only by the other team, but by the physical demands suffered during the 80 minutes on the field.

With this in mind, the likelihood of making mistakes or unforced errors is high.

Downward performance then becomes a greater risk as errors can be difficult for a player to get out of their head, and unfortunately the spill over of this is a greater chance of even more mistakes.

This needs to be challenged at all times, as more often than not player errors in one phase can result to even greater harm in the second phase - think of a goal kicker who misses a shot, and then had to line up to kick a restart.

To combat this, tasks on the field need to be almost emotionless routines that will allow fixed structure, but most importantly allows one to move onto the next stage of their play without letting the ‘demons’ of the mistake dictate terms.

The All Blacks have used symbolic acts for individuals to work within the process of moving on from and preparing for the next task.

Dan Carter pinches grass and throws it in the air, Richie McCaw has been seen to paw the ground, while Brad Thorn was famous for stomping his feet – all mental triggers designed to prepare themselves for the next task.

Within these processes comes the most important process of all – communication within the team.

Any mistake or error becomes chronic if you are reminded of it constantly, while moving on from such things is easier with appropriate support.

Here team-mates need to be aware and control their own emotions, even if a mistake or error directly affects them.  Reminding your team-mate of his or her mistake with a glare or an under the breath remark is not psychologically designed to help others.

But a friendly pat, wink or grin can often be the difference between putting aside your mistakes and moving onto the next process.

The mistake or error can be broken down in debriefs, and as a player, it is important that you take on board anything you need to remedy potential weak points.

After all, the only mistakes in life are when you don’t heed the lessons….